I’m thrilled that you’ll be traveling to Oman with me. It’s a sensational destination for photography. But it also holds some unique challenges. Most importantly is to always be mindful that we’ll be shooting in a Moslem country.

Fortunately, we’ll have venues where we’ve pre-arranged for Omanis in traditional dress to act as our models, and there’ll be plenty of locals (male and female) who show eager willingness to be photographed.

Oman follows the relatively tolerant Ibadi school (not Sunni or Shia) of Islam. Women have much greater liberty than neighboring countries, and are actively involved in high positions in business and government, as well as driving taxis etc. Nonetheless, it is under Sharia law and the usual proscriptions apply.

The fact is, the vast majority of Omani women, and many men, do NOT wish to be photographed. We need to be respectful of this, and especially with regards to photographing women.

Now the good news… Yes, we will have opportunities to shoot women in traditional garb. Not least, we’ve arranged a private session at Bait-al-Safah with these ladies, and this fantastic old man… 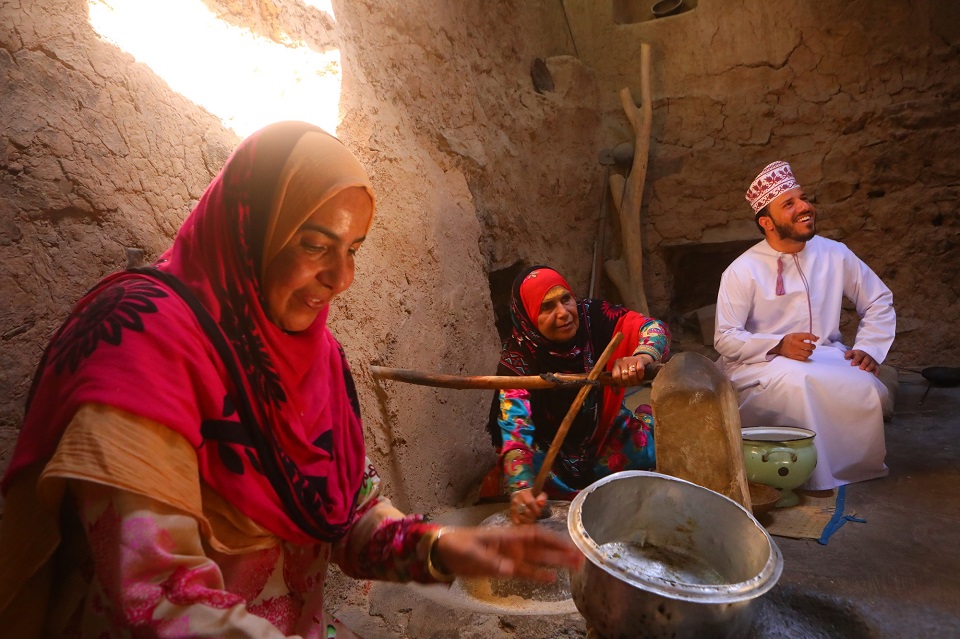 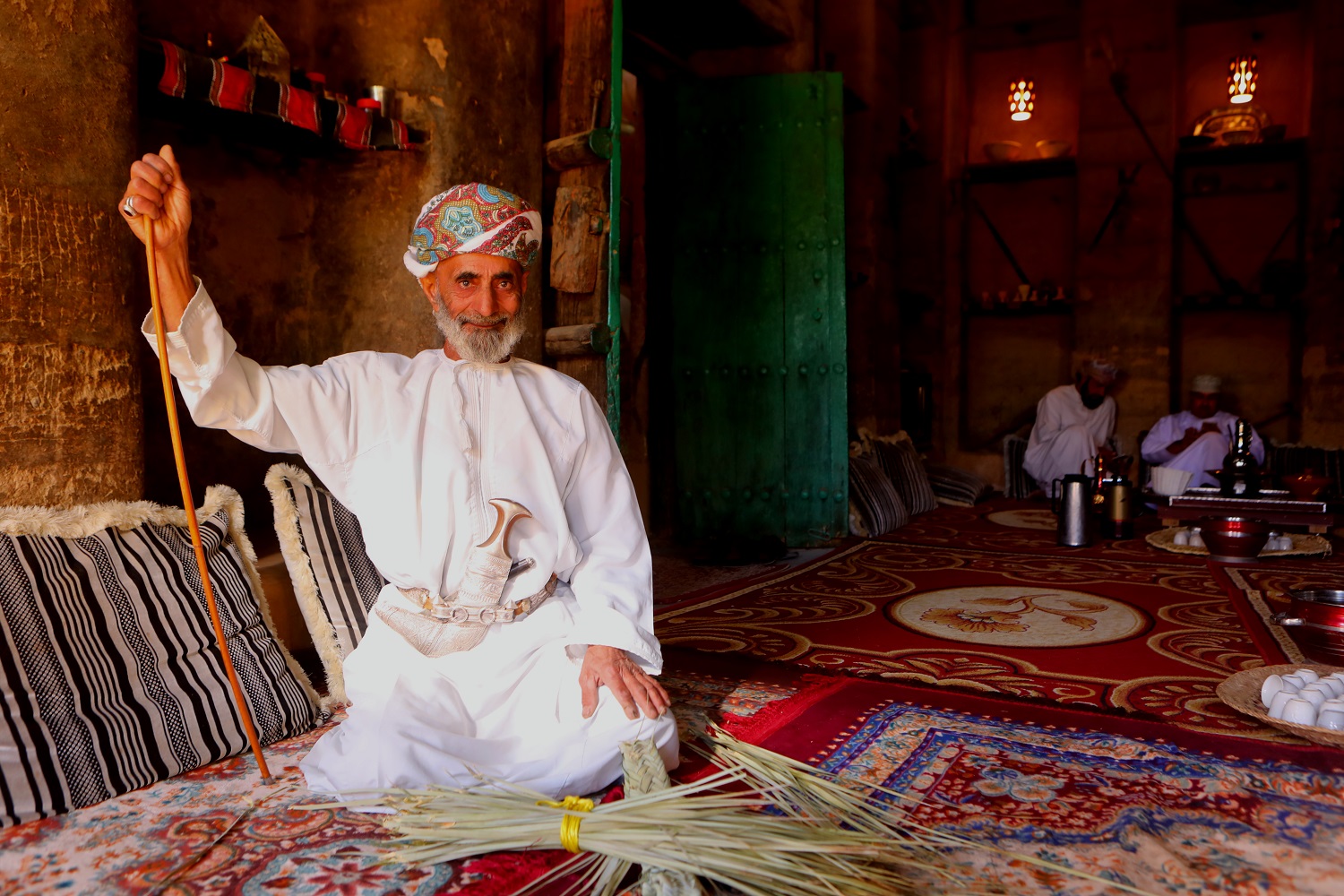 And during our 2020 photo tour, during serendipitous encounters we met several women dressed in abayas who gave us permission to photograph them. Indeed, several such as the woman below were very eager. 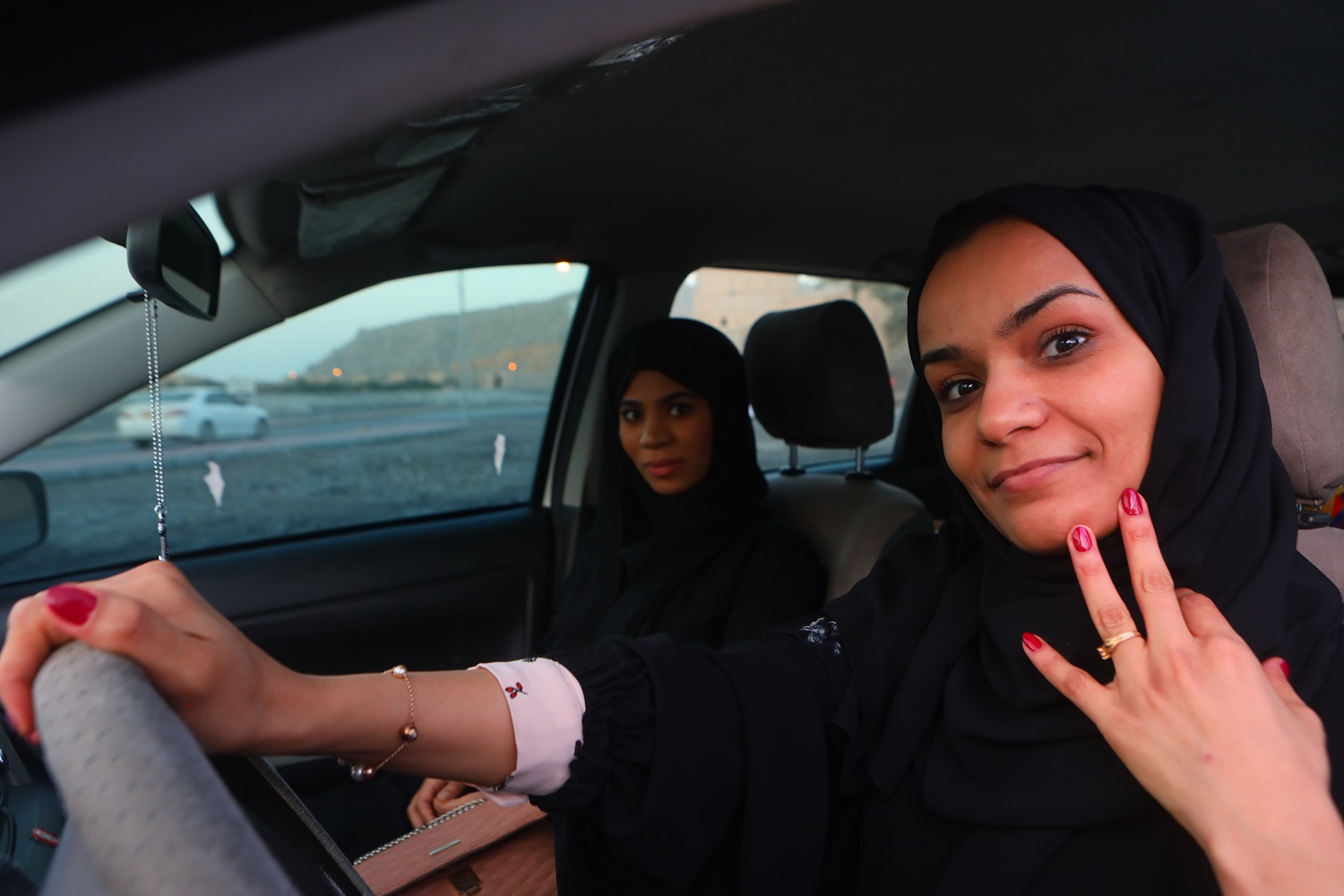 Needless to say, there’s a wide discrepancy between eldery (more conservative) and younger (more liberal) women. However, this shouldn’t be taken for granted. Hence…

ASK PERMISSION
It’s neither wise (or courteous) to take pictures of either men or women without requesting and obtaining permission beforehand, by asking “Mumkin sura, min fadlak?” (May I take your picture, please?). You might want to print the relevant Arabic script phrase to show in person to your desired subject:

During the tour, I’ll provide on-going tips on how to photograph unobtrusively. Here are a few fairly obvious ones:

The site of a camera causes many Omanis to turn their faces or dodge out of view. And as a group, we’ll be even more obvious! We want to be as unobtrusive as possible! In addition to its other benefits, a telephoto offers offers the possibility to shoot unobtrusively from a distance… 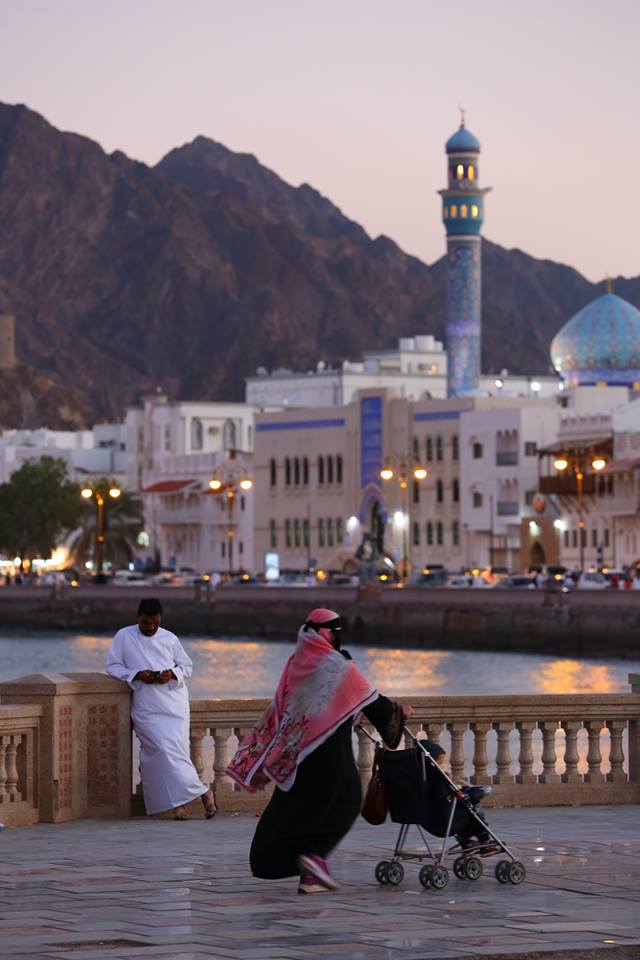 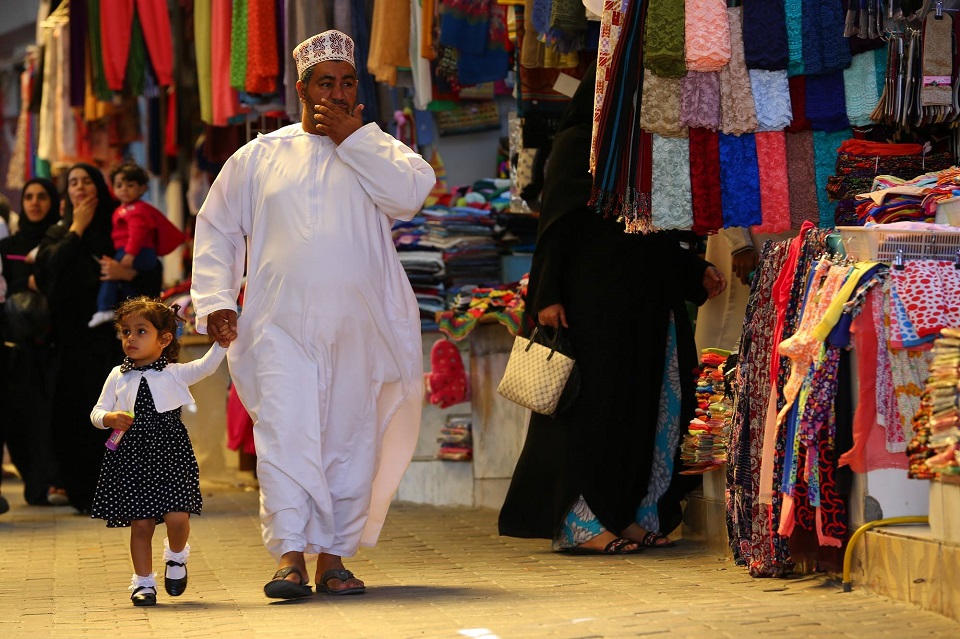 A WIDE ANGLE LENS HELPS TOO!

A wide-angle lens is great for situational photography where, if needed, you can compose to put people in the background (or foreground) while seemingly shooting “around them,” being focused on another subject. In the photo immediately below, I began by shooting tight at 70mm (with my 24-70mm telephoto lens), exclusively focused on the jar… then gradually I zoomed out to 24mm and a slight shift towards her. She was aware and, fortunately, had no problem with this, as all the while I was talking with her and putting her at ease. 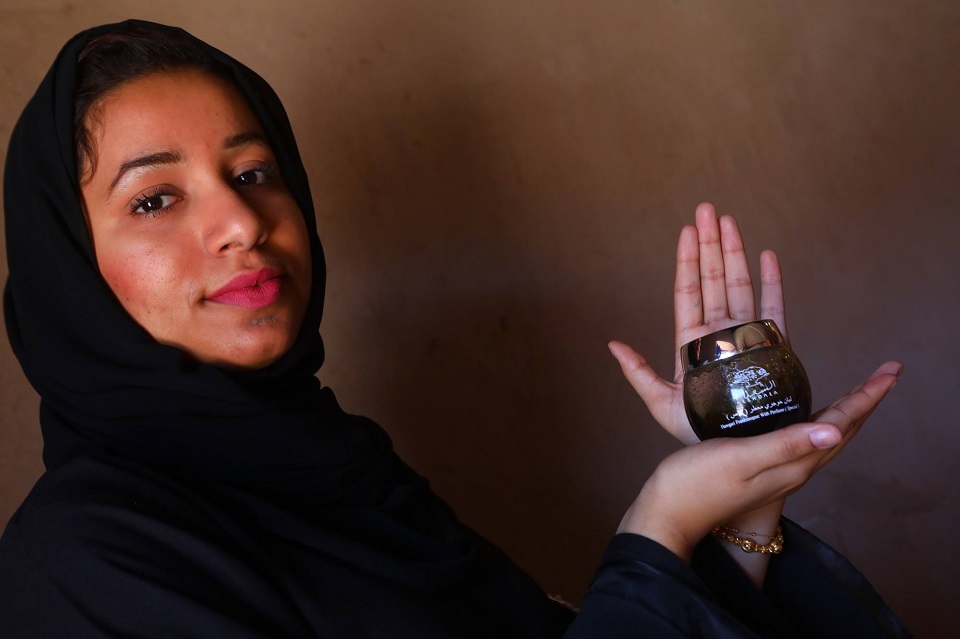 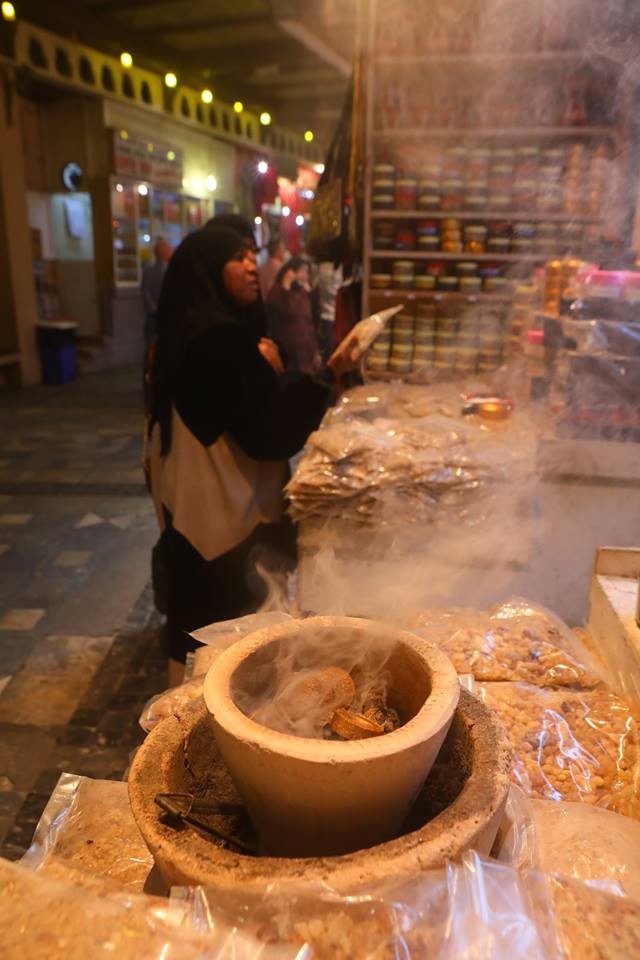 We will find that many Omani women who work with tourists will let you photograph them, as with the woman at Nizwa Fort holding the bottle of frankincense lotion (above). However, note that permission to photograph women is often accompanied by a request that the images will not be published in any form!

BECOME FAMILIAR WITH YOUR SUBJECT

In the photos below, I praised the woman for her beautiful hand tattoos. After she gave me permission to photograph them, I engaged her in conversation (she was well-educated, and like many Omanis she spoke English). Gradually she relaxed until eventually she gave me permission to photograph her face. She was even willing to let me to direct her like a professional model. Patience and respect are key. So, time permitting, put your camera down, engage the person one on one, build a respectful rapport, and ease into photographing slowly… 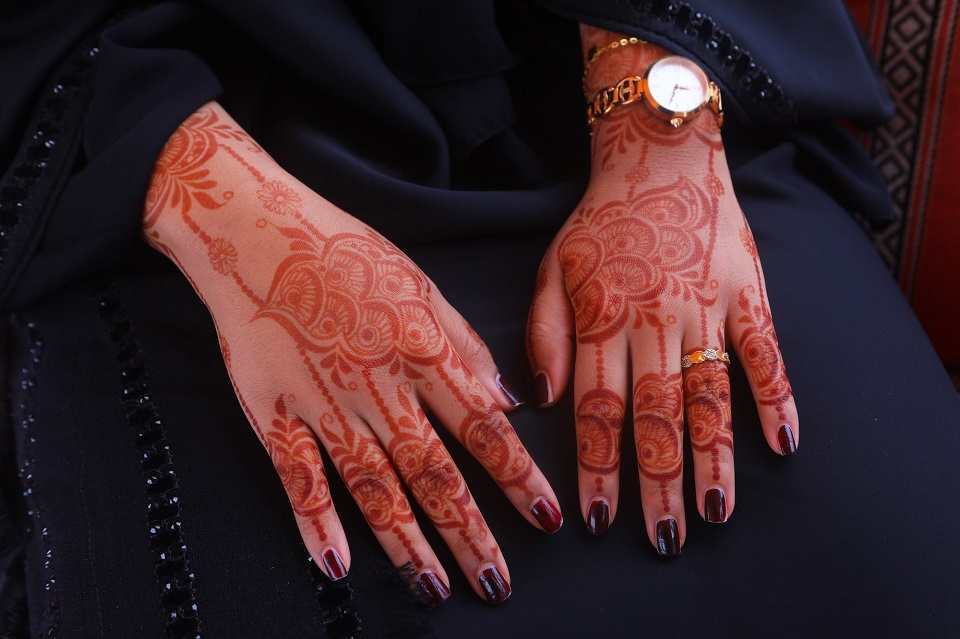 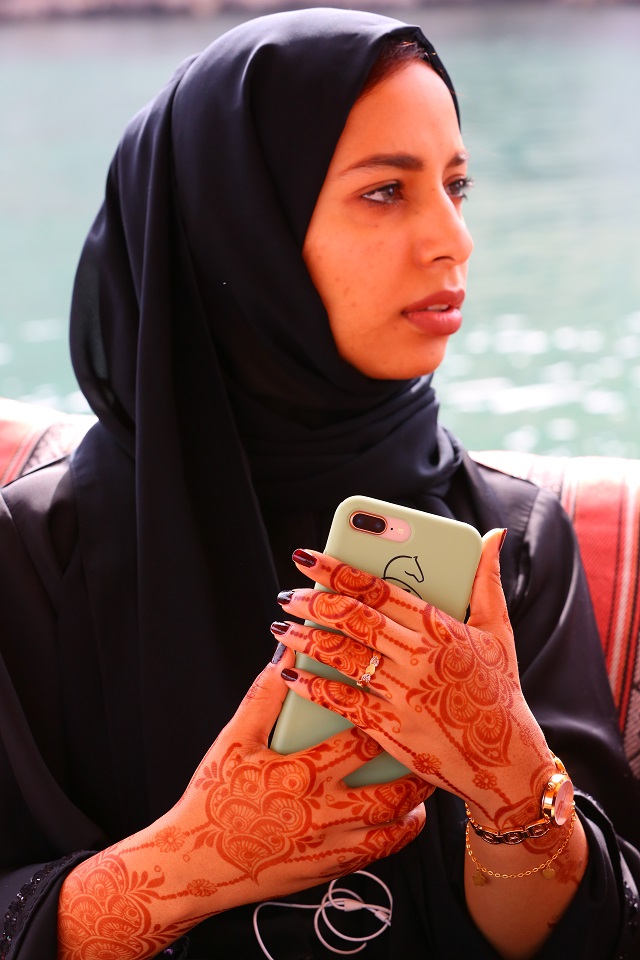 Fortunately, many men have no problem being photographed. With luck, we’ll find plenty in traditional garb who feel honored to pose for portraits, as with Mohammed (below) who proudly posed for me with his traditional khanjar dagger last year. I used the same technique with Mohammed as with the lady above… I befriended him, showing keen interest in a cultural icon (his dagger) of which he was proud. Gradually the rapport was built and he willingly posed. Then, as I was about to wrap up and ride off, he suddenly whipped out his dagger and held it aloft. It’s not a great shot (I wish I’d taken my time to compose it and adjust my settings to greater effect), but it shows that you can still capture a certain ebullience in this modest and restrained society.. 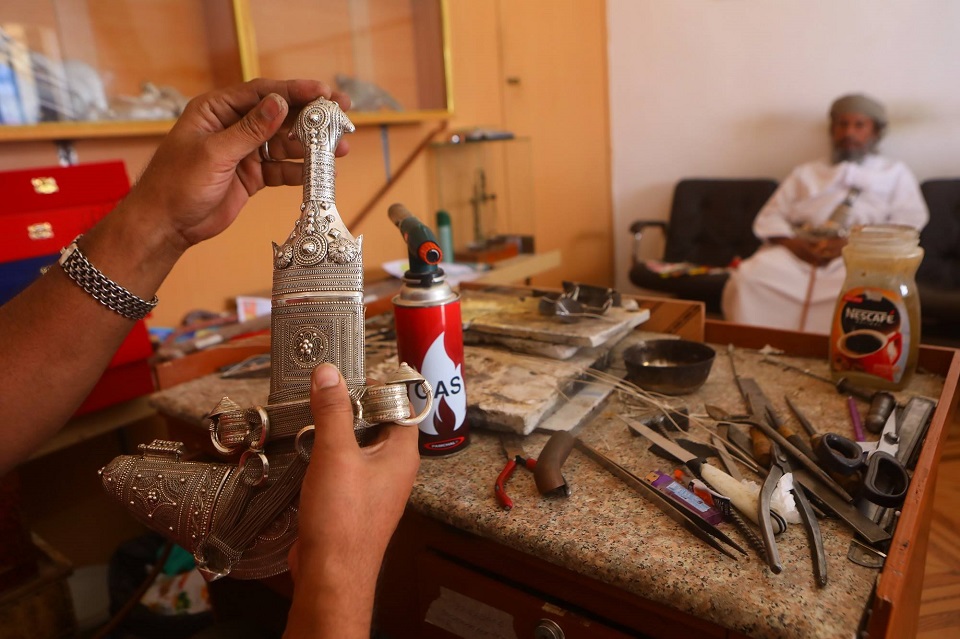 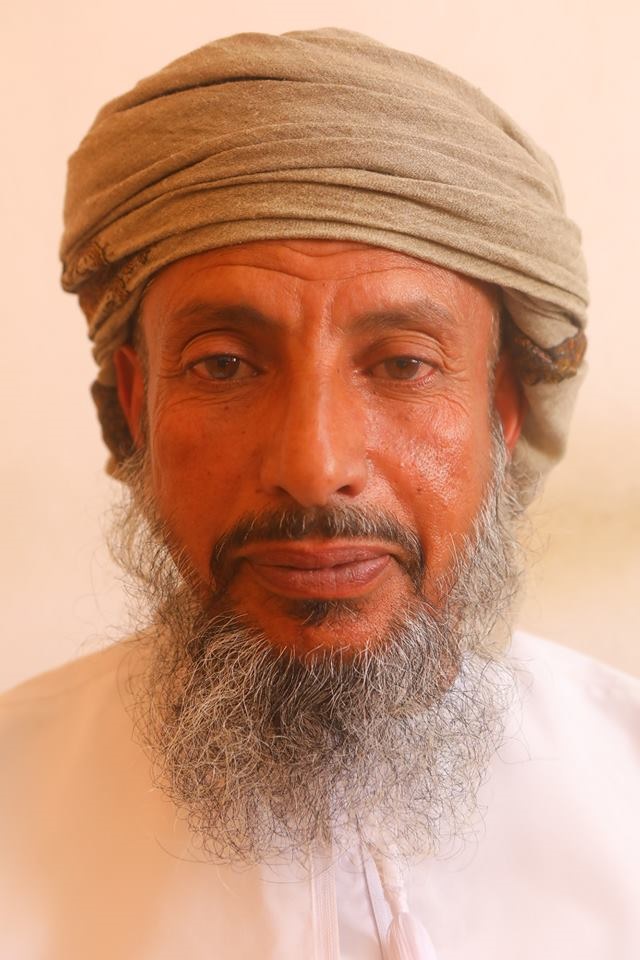 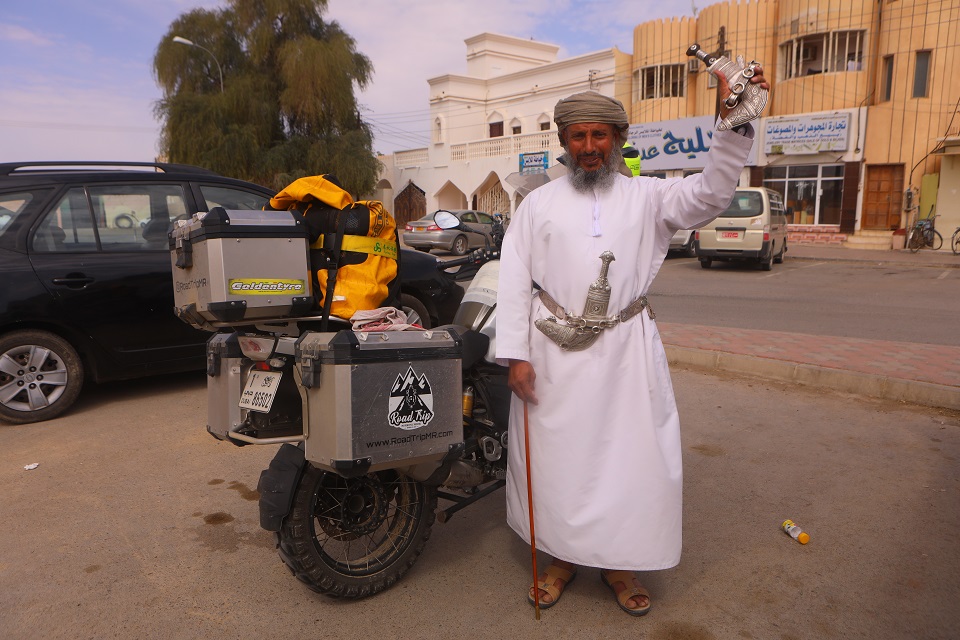 But such willingness on the part of men to be photographed should not be taken for granted. As often as not, I found that they’ll turn their faces away (or hide them completely). Again, a 18-24mm wide angle can help by granting you the ability to put a human subject on the margins while focusing on something else. In this case below, the man decided to turn his face away at the moment I took the image, inadvertently adding a dynamic element with the tension in his pose…

We will be accompanied throughout by a male guide from our tour agency, and we are told he will be happy to pose for us. I have no doubt that, per my request, he will always be dressed in traditional dishdash and turban or kuma cap (I’ve asked that he bring several change of clothes so that we can mix it up daily). And I’m sure he will be a key intermediary in arranging for photogenic Omanis to pose for us as opportunities arise. Fingers crossed!

Plus, in Muscat there’s a large population of Indian Hindus and Moslems who are gregarious and greatly enjoy being photographed (many work in tailoring–we’ll meet them in the souqs–adding vibrant color). And, fortunately, there is no restriction on photographing children. 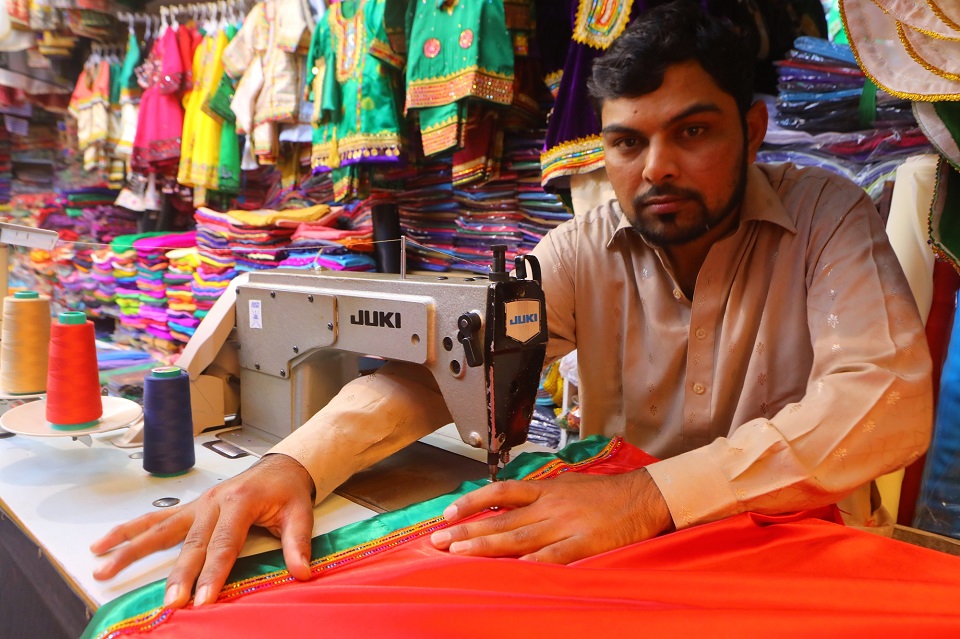 And remember… you don’t need to always include the face to tell a story. Often the most effective images are those that leave the identify unrevealed, providing a sense of intrigue and mystery…. 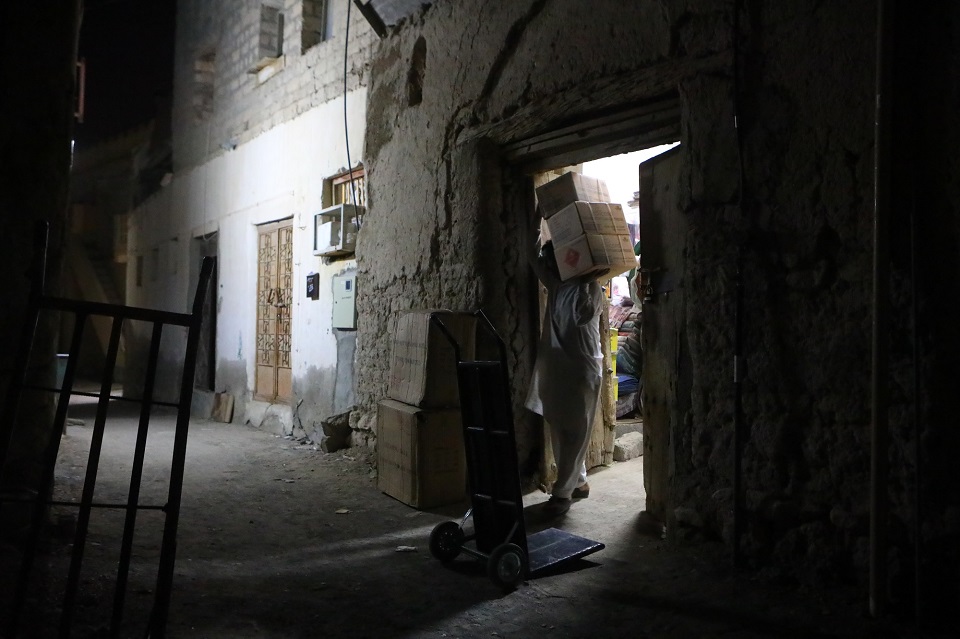 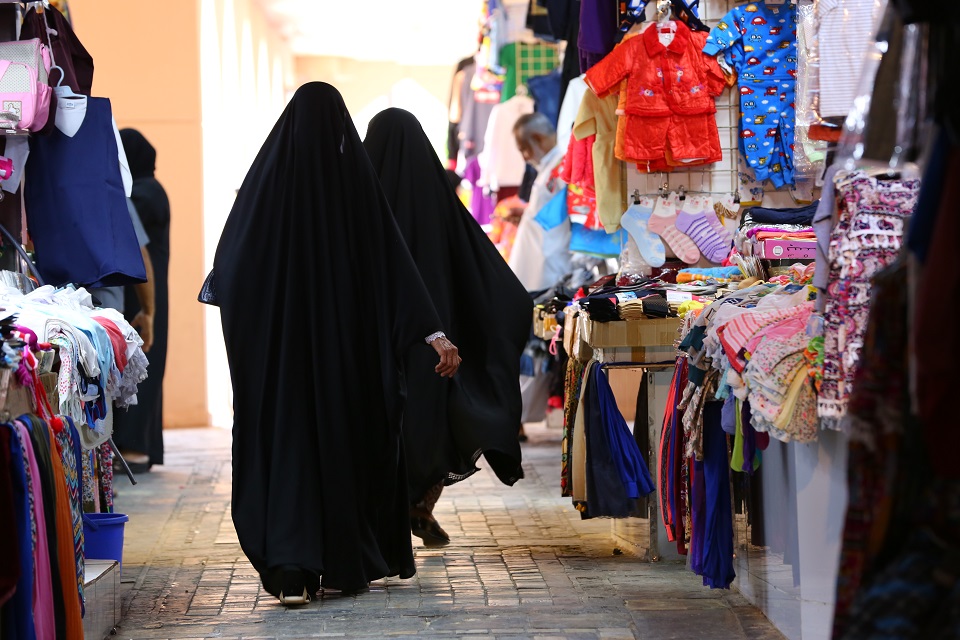