Chris famously took his BMW R100GS-PD to Cuba in 1996 and rode more than 7,000 miles, traversing the island end to end, during three months as a licensed professional journalist, resulting in publication of his literary travelogue Mi Moto Fidel: Motorcycling Through Castro’s Cuba.

In 2013 he led the first U.S. motorcycle tour group to ride around Cuba since the Revolution. Chris has since led motorcycle tours of Cuba on behalf of the BMW Riding Academy of Turkey, Bob’s BMW of Maine, and Edelweiss Bike Travel, among others, using BMW F700 and 1200 GSs and Harley-Davidsons Electra Glides and Road Kings.

Every U.S. citizen can legally travel to Cuba, pre-approved, under the “support for the Cuban people” license. The trips that Chris arranges and leads are designed to maximize “support for the Cuban people” through stays at private B&Bs, meals at private restaurants, and interactions with artists, private tobacco farmers, owners of private restaurants, and autonomous community projects, etc. intended to support an independent society.

“Christopher… I gave the tour a 99 on a 100 scale as I can’t imagine it gets much better than we experienced in Cuba. You did everything well and made sure that everyone in the group had a very memorable trip.”
BOB HENIG, BOB’S BMW (motorcycle tour 2015) 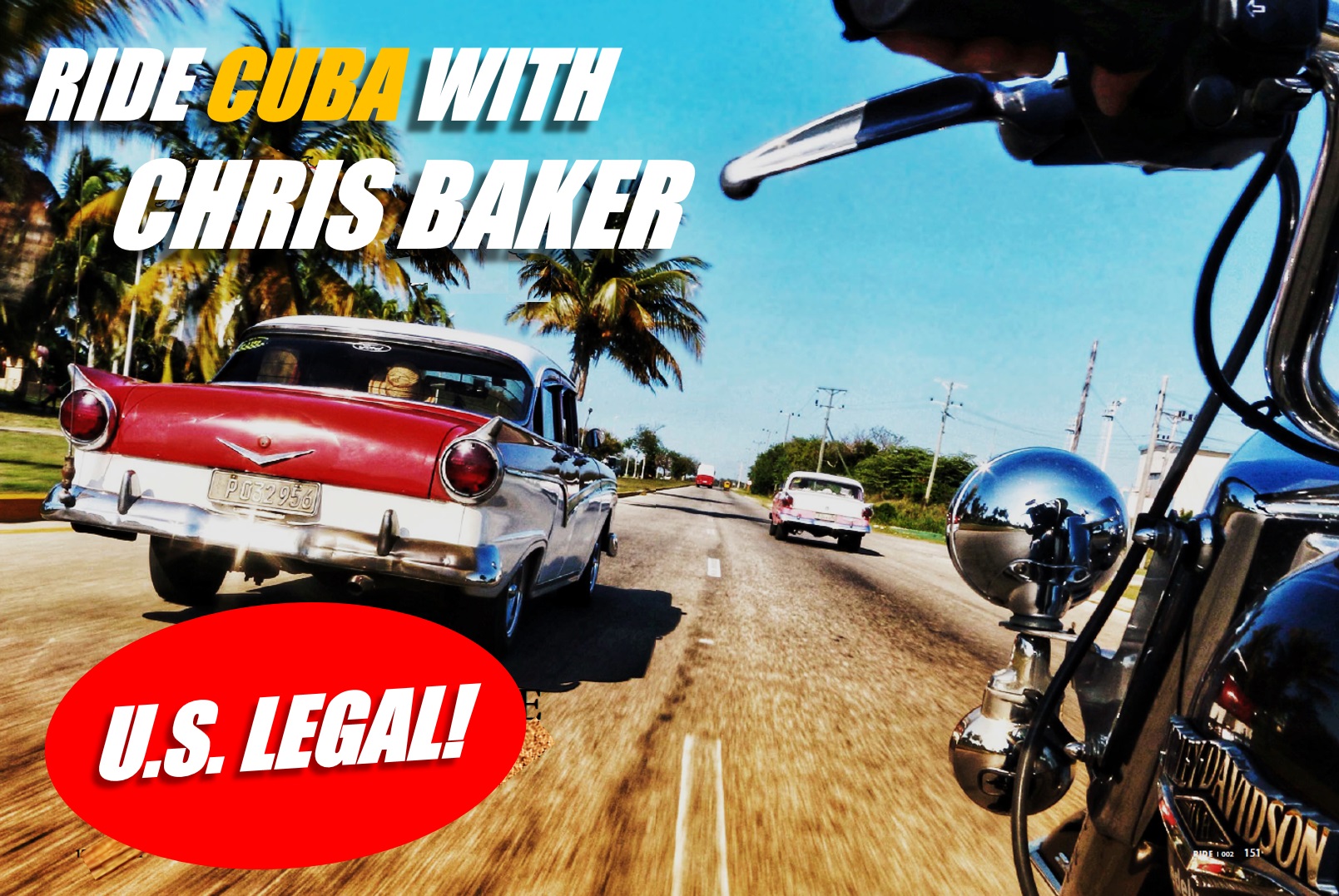