Christopher P. Baker has partnered with actor/director David Soul and Red Earth Studios in production of a 90-minute cinematic documentary about the restoration of Ernest Hemingway’s long lost 1955 Chrysler New Yorker in Cuba

Of the many mysteries swirling around Cuba, there’s one that has captured the imagination of cubaphiles, auto-enthusiasts, and dreamers: “What happened to Ernest Hemingway’s car?”

In 2011, exactly fifty years after the Nobel-prize-winning author departed Cuba—his home for 22 years—his long-lost 1955 Chrysler New Yorker convertible was finally found, derelict and near to ruin. Christopher P. Baker was the first journalist to photograph the car and break the news story. See:

In 2012, actor/producer David Soul (most famously remembered as Hutch of the 1970s detective series ‘Starsky  & Hutch’) was invited to make possible the car's restoration by supplying urgently-needed parts. He then partnered with London-based Red Earth Studio and Christopher with the intent of making a cinematic documentary movie.

Cuban Soul Ltd. has secured exclusive access to the car and the restoration project in a contract with Cuba’s Consejo Nacional de Patrimonio Cultural (National Heritage Council) in exchange for providing the replacement parts essential to the car’s restoration.

Christopher plays David’s sidekick and facilitator as he follows the process of sourcing the parts, shipping them to Cuba and, most importantly, filming the restoration of the car to running condition by underfunded yet resourceful and expert repairmen struggling against odds we can barely imagine.

The story of the car’s restoration will be the narrative around which we build a fascinating, punchy and emotional stirring insight into Hemingway’s Havana and of contemporary Cuba—an irresistible yet much-misunderstood Communist island of eccentricity, eroticism—struggling to evolve in the face of a U.S. embargo that promises to trip  the Cuban mechanics up at every turn.

Here is an early trailer cut from 2013 before the real drama began... 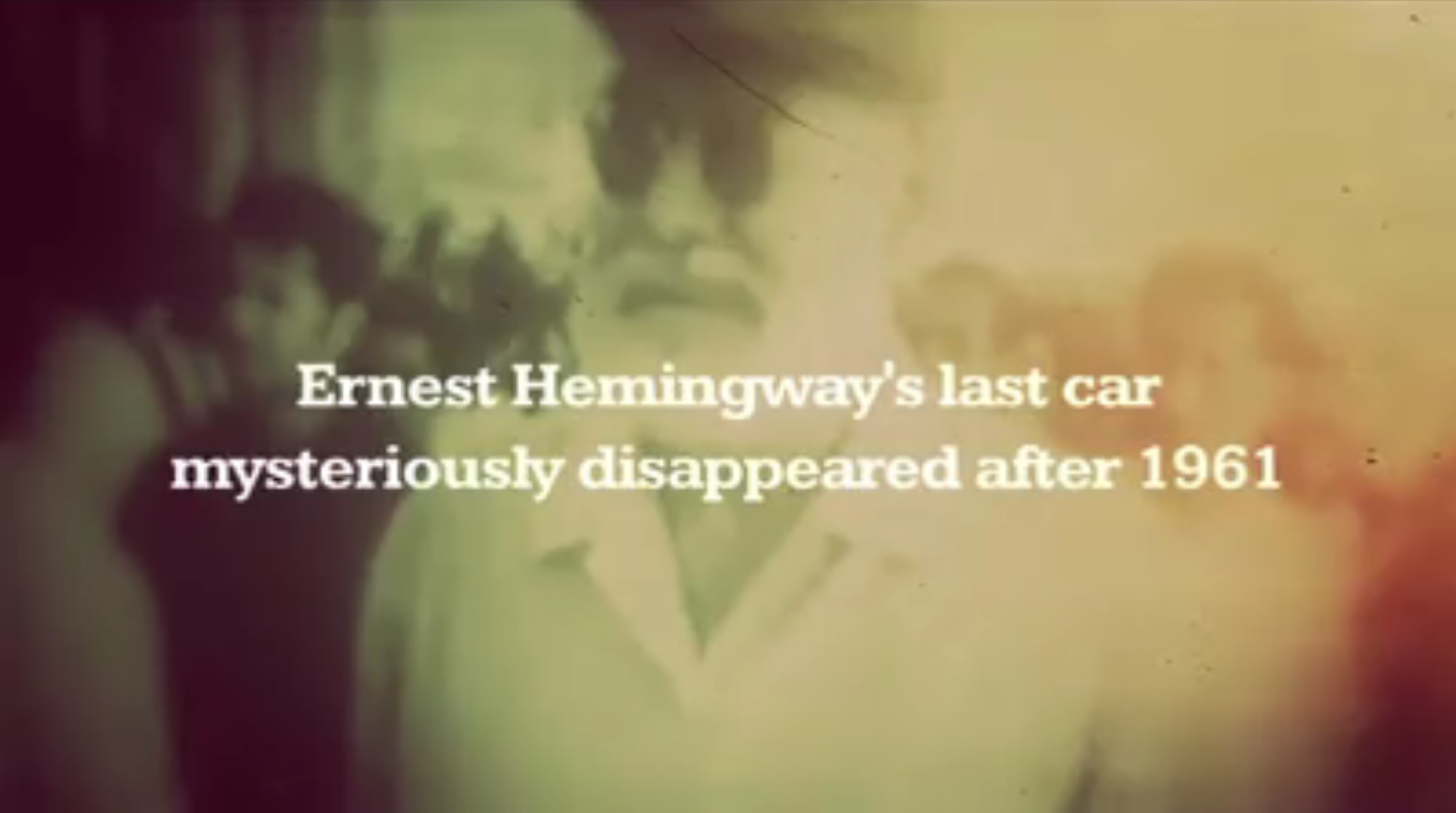 CHRISTOPHER P. BAKER CAN PROVIDE A UNIQUE INSIDER'S PERSPECTIVE AND IS AVAILABLE FOR MAGAZINE ASSIGNMENT