Darwin Holmstrom, former senior editor at Motorbooks, has made a specialty of authoring books about motorcycles and muscle cars. And he does a great job, too. 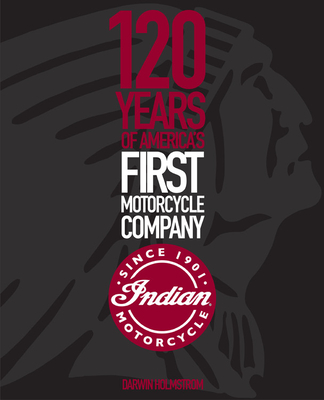 So it’s no surprise that his latest tome—Indian Motorcycle: 120 Years of America’s First Motorcycle Company—is a fitting tour de force in homage to my favorite marque among big-twin motorcycle manufacturers (BMW excepted, of course… hahaha). Maybe it’s because Indian sent me off to South Africa and Scotland to test their first and second editions of the phenomenal Indian Roadmaster a few years back… but I digress. 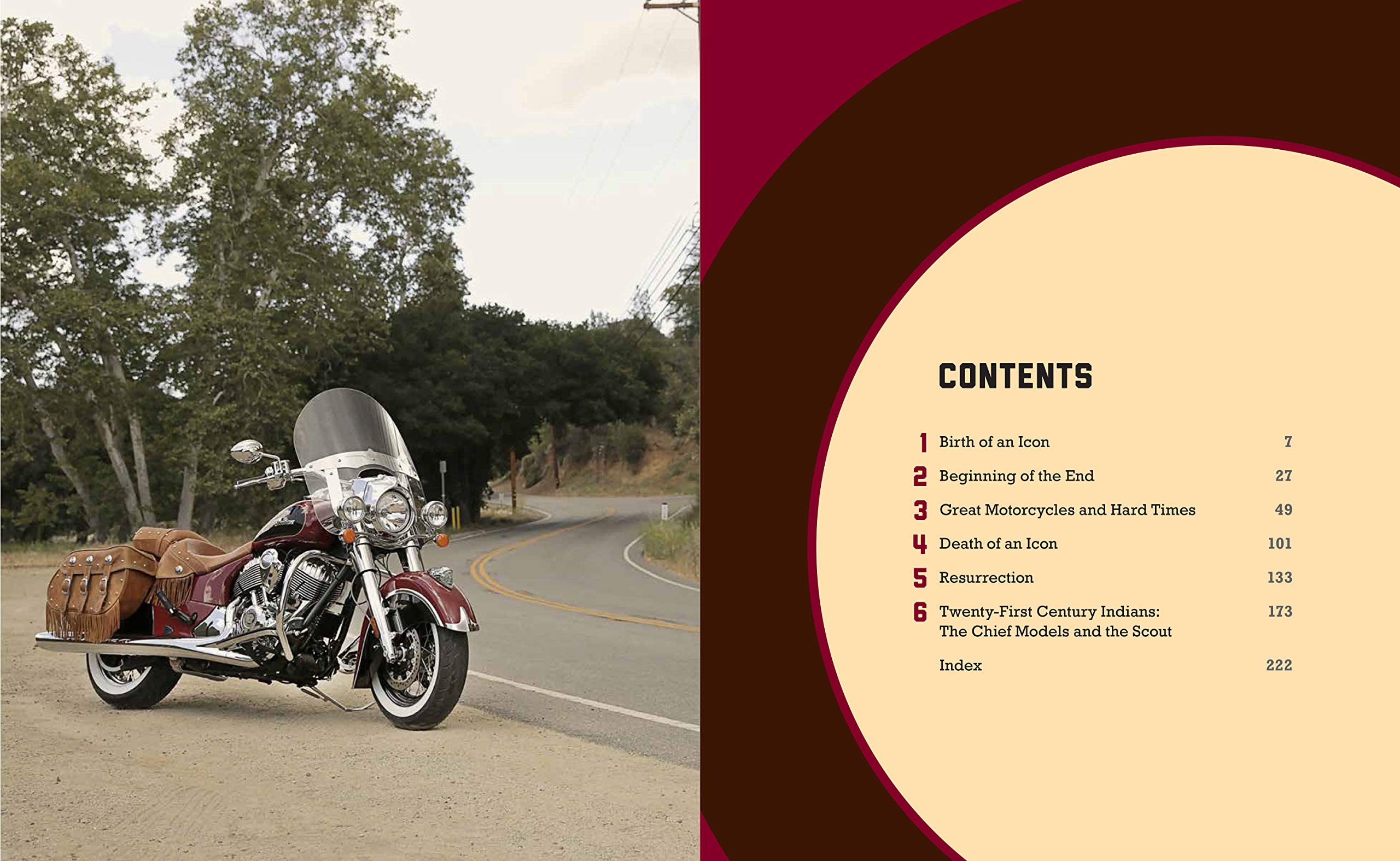 The 232-page coffee-table book is the officially licensed 120th anniversary edition telling the complete story of Indian Motorcycle, founded in 1901 (and pre-dating Harley-Davidson by two years). Given the hiatus from the demise of the original company in 1953 to Indian’s resurrection in by Polaris Industries 2011, the book itself is essentially a two-parter, in six chapters. 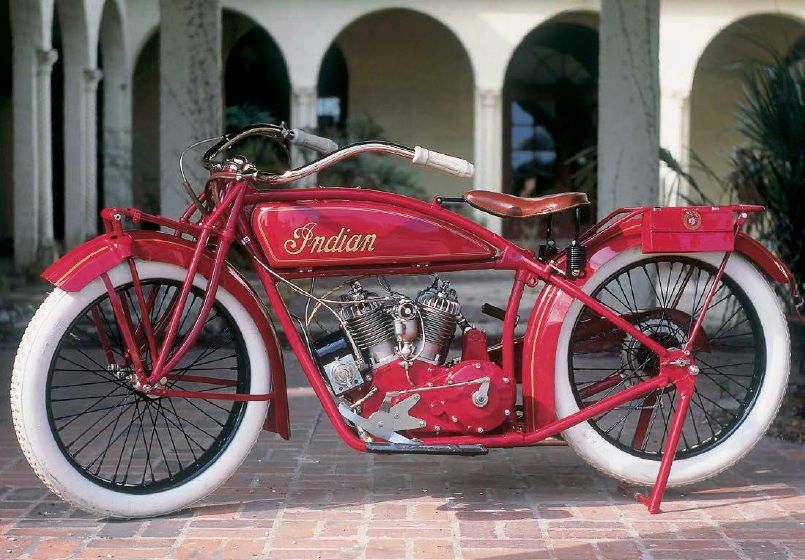 The first two-thirds tells of the birth and evolution of America’s first mass-produced motorcycle maker from its start as a bicycle manufacturer to its racing prowess and head-to-head wars with Harley, which copies Indian’s groundbreaking mechanical inventions as often as not. Holmstrom provides a detailed and engaging insight into the Indian’s founding days, when Oscar Hedstrom and George Hendee fitted single and V-twin F-head engines to bicycle frames, through the dark days of the company’s quality-deficient “modular” Dyna-torque engines and post-WWII financial collapse. 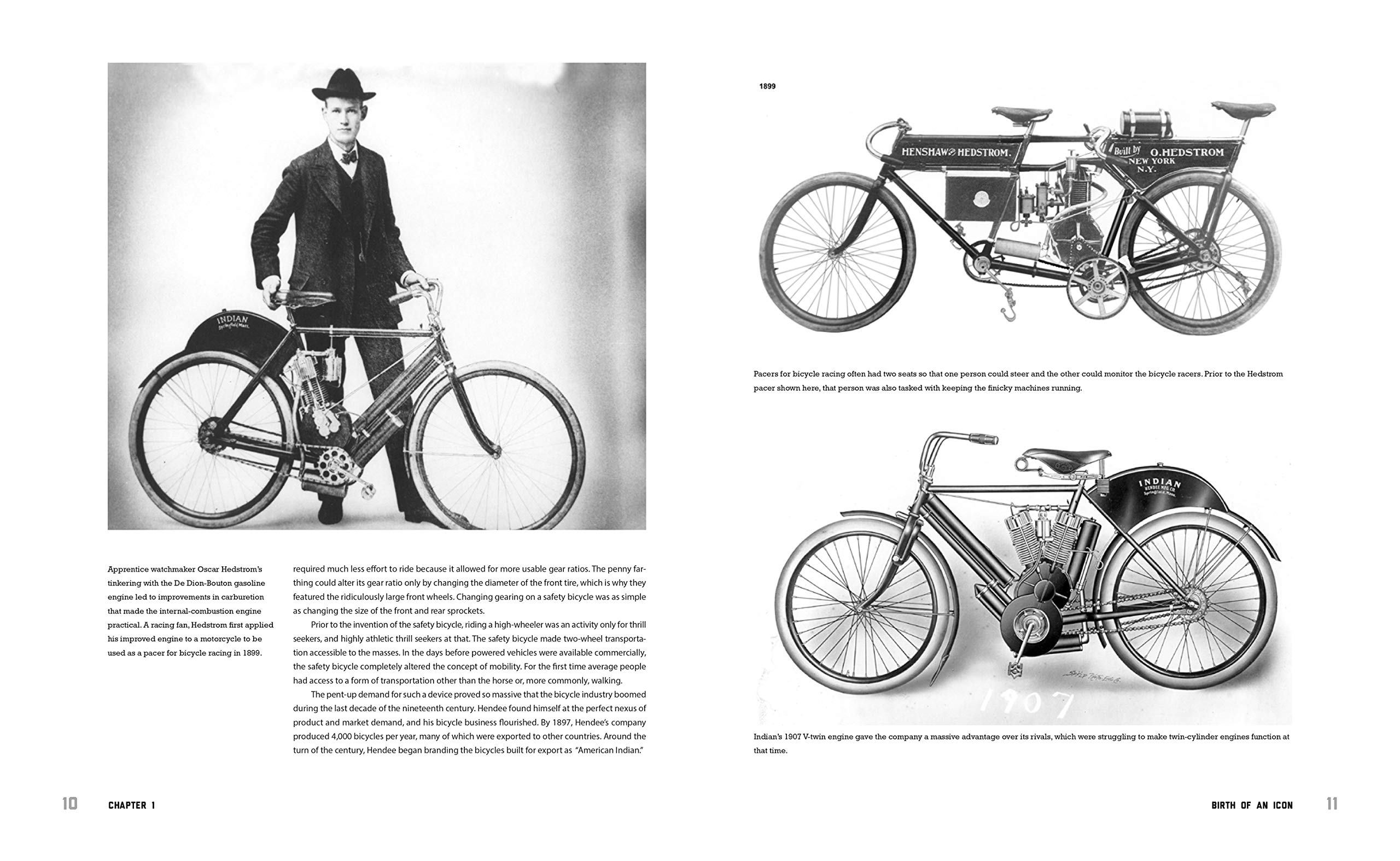 Holmstrom also chronicles the several subsequent efforts to revive the marque, beginning with British AMC and John Brockhouse and, latterly, by the newly constituted Indian Motorcycle Company of America (the “Gilroy” Indians as they became known) that imploded in 2003.

Finally, Holmstrom documents the phenomenal achievement of powersports powerhouse Polaris in reviving the brand since 2011. These two latter chapters are remarkable for beingis richly illustrated with Polaris’ designs and clay-model photos for the state-of-the-art rebirthed big twins. We are witness, literally, to the evolution from concept to the actual production of the latest generation of seminal models, including the Chief, Challenger, and Roadmaster, and Scout. 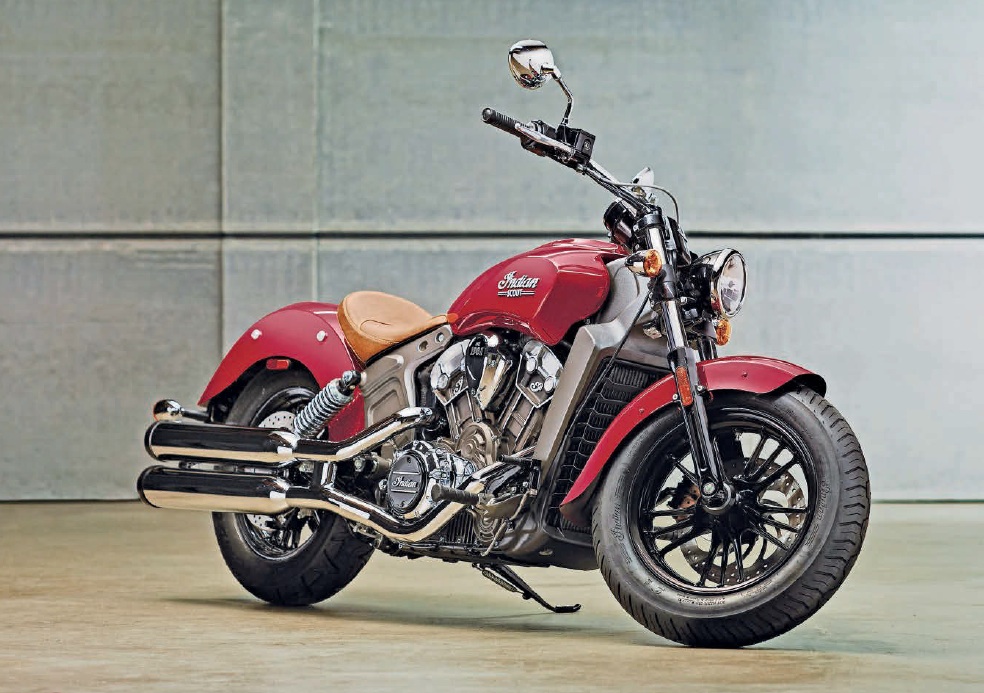 Indian Motorcycle is the most complete and up-to-date history of this classic American motorcycle and is illustrated throughout with stunning images. That said, far too many images are dismayingly fuzzy. Maybe I got a bad copy, but dozens of the photos are simply far too “soft.” They do the glorious retro-themed mechanical beauties no favors! A pity! Not least because in all other regards this is a stellar edition. 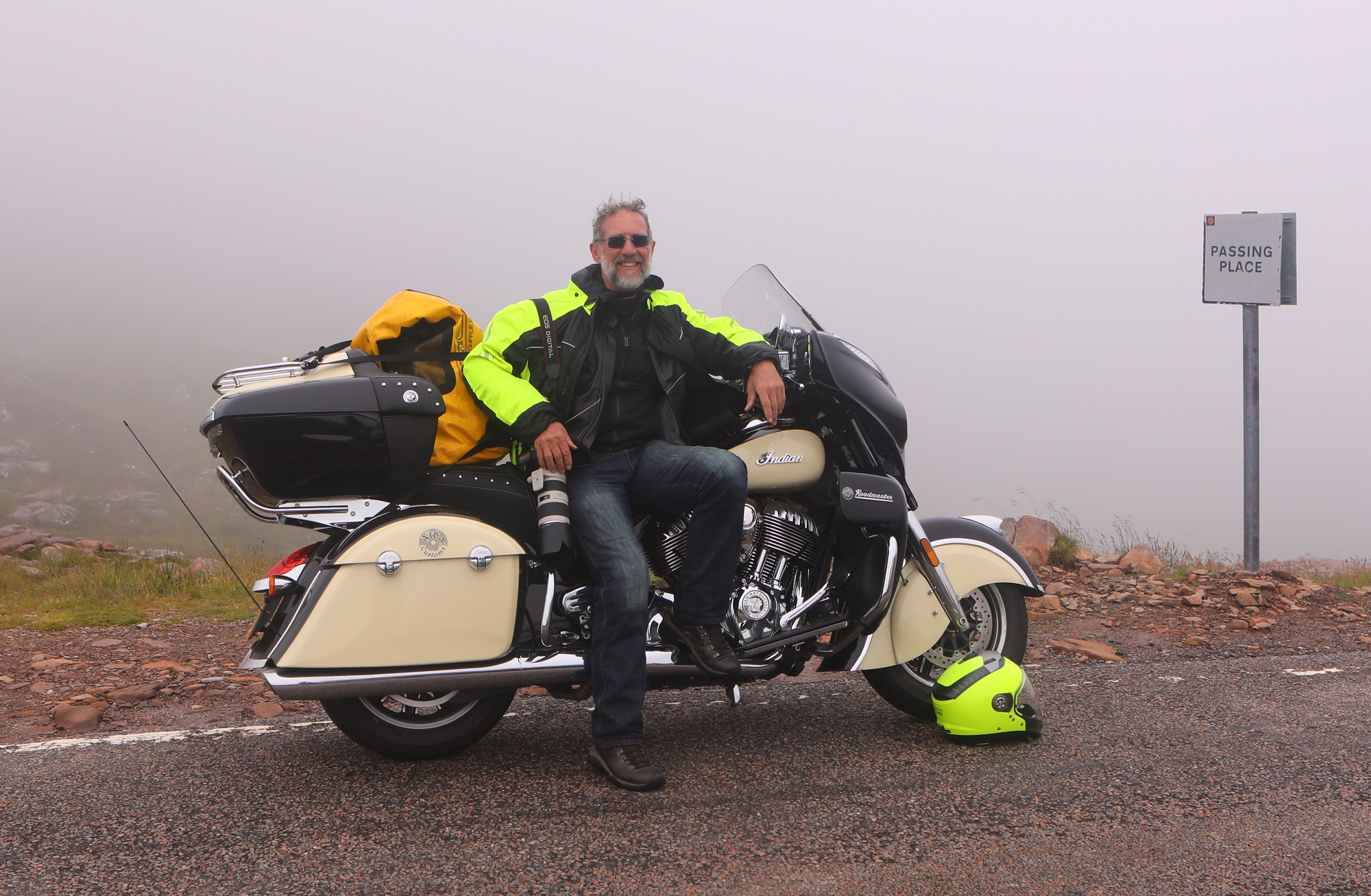