In 1976-77, I studied for my Master’s degree at the Center for Latin American Studies, at the University of Liverpool. My thesis—entitled “Agrarian Reform in Colombia: Altruism or Political Expediency?”—charted Colombia’s vast landlessness, land ownership concentration, rural impoverishment and the government’s milquetoast efforts at land reform against the backdrop of ‘La Violencia,’ the unfathomably brutal murders and massacres by left-wing guerrillas and even more murderous right-wing paramilitaries.

At the time, Wade Davis was studying for his Ph.D. in ethnobotany from Harvard University. He was already far more versed in Colombia than I, having first visited in 1968 on a high school field trip to learn Spanish in the mountains above Cali. He was just 14 years old. “Several of the older Canadian students longed for home. I felt as if I had finally found it,” he recalls in his latest book, Magdalena: River of Dreams. He returned to Colombia six years later with “no plans save a promise not to return to the United States until Richard Nixon was no longer president.”

His subsequent three years in the Andes and Amazon undertaking ethnobotanic research (regaled in his book, One River); his remarkable journeys among the indigenous Arhuaco and Kogi during the worst war-torn years; and his passionate and eloquent writings and lectures about Colombia’s astonishing ecological and cultural wealth have since set him apart as perhaps the world’s most respected authority on the blood-stained yet beautiful country. For which reason, in 2018, he was granted honorary Colombian citizenship by President Juan Manuel Santos.

So, you can imagine my delight to receive a review copy of Magdalena: River of Dreams – A Story of Colombia (Knopf; 403 pages; September 15, 2020). 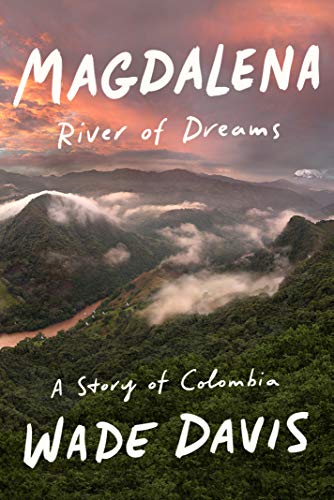 In Magdalena, Davis—winner of the Samuel Johnson Prize for Into the Silence –returns to Colombia to follow the course of the eponymous river in an ardent, compelling, and captivating travelogue that portrays the country’s great arterial waterway as central to the nation’s creation, well-being and very identity. (Within its drainage live four out of every five Colombians.) Along the way, he charts an epic journey through Colombia’s history, politics, culture, geography, ecology, and more. This is Colombia 101 in one all-encompassing sweep. All the momentous historical touchstones and personalities are seamlessly absorbed into the whorling and powerful current—from the many indigenous cultures, conquistador Sebastián de Belalcázar, polymath, geographer, naturalist, and explorer Alexander von Humboldt, and the ‘Great Liberator’ Simón Bolívar to Liberal politician Jorge Eliécer Gaitán, drug lord Pablo Escobar, and former president Álvaro Uribe, each profiled in absorbing detail.

The author’s exploration from the river’s humble source in the wind-scoured, mist-shrouded Andean páramo (moorlands) near the border with Ecuador to its egress via vast humid wetlands into the Caribbean Sea traces a thousand-mile long course stretching the length of the country. Divided into three sections—“Alto,” “Medio” and “Bajo” Magdalena—that correlate with the river’s descent between two great Andean chains to a swampy floodplain, the linear downriver journey follows many literary crosscurrents and eddies. 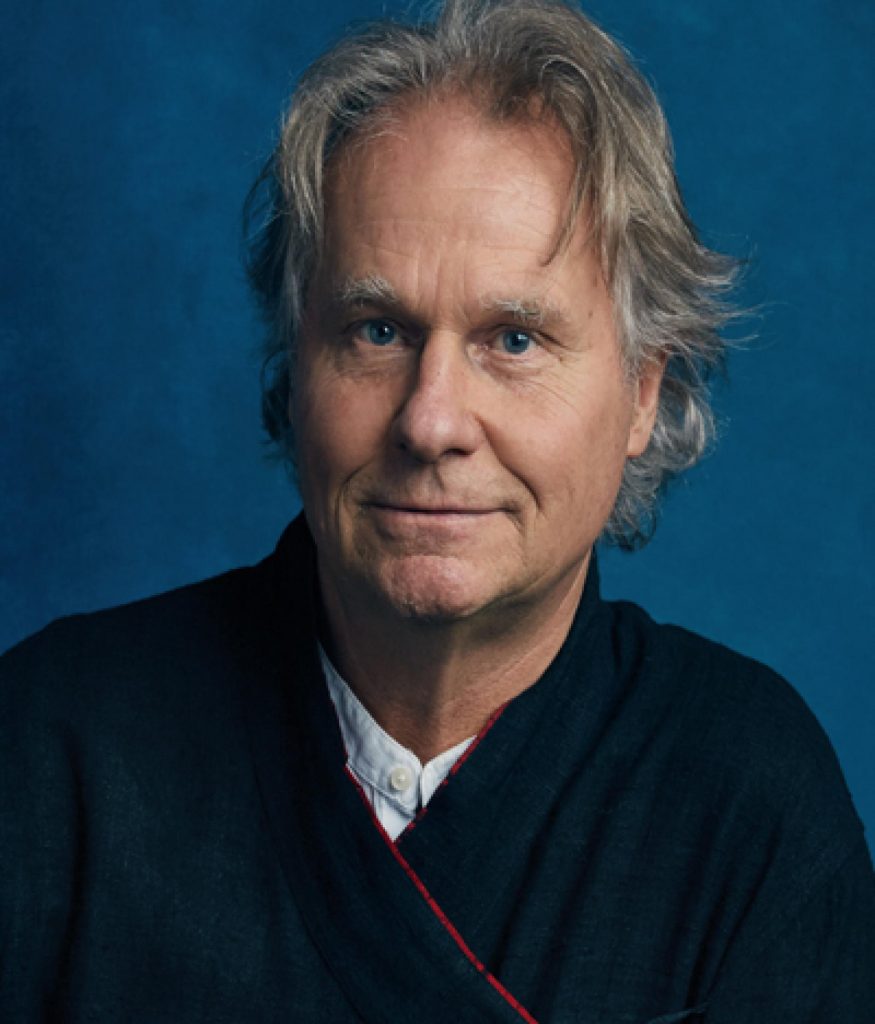 Davis as narrator acts as a kind of backseat driver as he hooks up with an extraordinary expeditionary tag-team of Colombian botanists, ecologists, musicologists, etc., drawn from his astonishing font of contacts and friendships, who accompany him downriver like relay runners passing a baton one to the other. Their anecdotes and insights, and those of endearing locals they encounter en route, flood the pages with panegyrics and pathos of a once healthy river that sustained advanced indigenous cultures, facilitated colonization by the Spanish, and became “both a corridor of commerce and a fountain of culture, the wellspring of Colombian music, literature, poetry and prayer.” (Davis’ constant references to the Divine are not out of place when related to Colombians’ devotion to Catholic superstition; but his own frequent, often subtle, Christian allusions are the slightly grating element of the book, and especially so from an acclaimed scientist.)

Nobel Prize-winning novelist Gabriel García Márquez (‘Gabo’), who was born and grew up in Bajo Magdalena, felt about the river as Mark Twain to the Mississippi. In his novels, Márquez romanticized the Magdalena and the vapores—steam-powered paddle-wheelers… “magnificent three-storey vapores with soaring black chimneys, passing in the night like brightly lit carnival tents,” writes Davis—that for a century provided the main means of commerce and of travel between Bogotá and the Caribbean. (Not least, Florentino Ariza and Fermina Daza finally consummate their love affair aboard a vapor in Love in the Time of Cholera.)

But the vapores, which depended on astonishing quantities of wood for fuel, were also responsible for much of the tragic deforestation of the Magdalena watershed. Four years before Love in the Time of Cholera was published in 1985, Gabo lamented the sad state of the Magdalena in an editorial for the Spanish newspaper El País: “The rehabilitation of the Magdalena will only be possible with the continuous and deep effort of by at least four aware generations: a whole century spent sowing 59 million trees.”

Today, the Magdalena is in even worse shape: diminished, horrendously polluted, and too toxic to drink. The sewage of 33 million people washes untreated into the river, along with much of the nation’s industrial crud. Deforestation has accelerated alarmingly: at least 80 percent of the forest along its banks has been lost since Gabo pleaded for action, claims Davis. Fish stocks are vastly depleted. Many species are extinct. And the manatees of the ciénagas are endangered, although the African hippos introduced by drug lord Pablo Escobar are thriving (one of Davis’ marvelous vignettes tells of José Manuel Zapata, who rallied his entire community to feed starving manatees stranded by drought).

In short, an ecological disaster, as Davis reveals in sobering detail.

His lucid narrative makes for even more grim reading. Twice, I had to pause to prevent shedding tears. My personal and very intimate familiarity with Colombia perhaps made the reading more poignant. But it’s hard to conceive of a more forceful, painful, and shocking portrayal of the horrific massacres and heart-wrenching violence that darkly shadow Colombian history and the banks of the Magdalena.

As the arterial highway of the Spanish conquistadores, the river became a portal for the unimaginably cruel extermination of ancient indigenous cultures. Its hinterlands were a major setting for the civil wars—the War of a Thousand Days (1899-1903) and ‘La Violencia’ (1948-1958)—between Liberals and Conservatives that took the lives of at least 300,000, often through bestial acts of brutality and torture. And along the entire course of the river, and especially in Medio Magdalena, Davis visits pueblo after pueblo where the merciless latter-day murders and massacres during Pablo Escobar’s 1980s drug-related reign of terror, by FARC and ELN leftist guerrillas, and even more depraved and ubiquitous right-wing paramilitary death squads funded by wealthy landowners and corporations, have left the overwhelmingly innocent and vulnerable population—“mostly impoverished workers and landless campesinos”—numb from physical and psychological trauma. 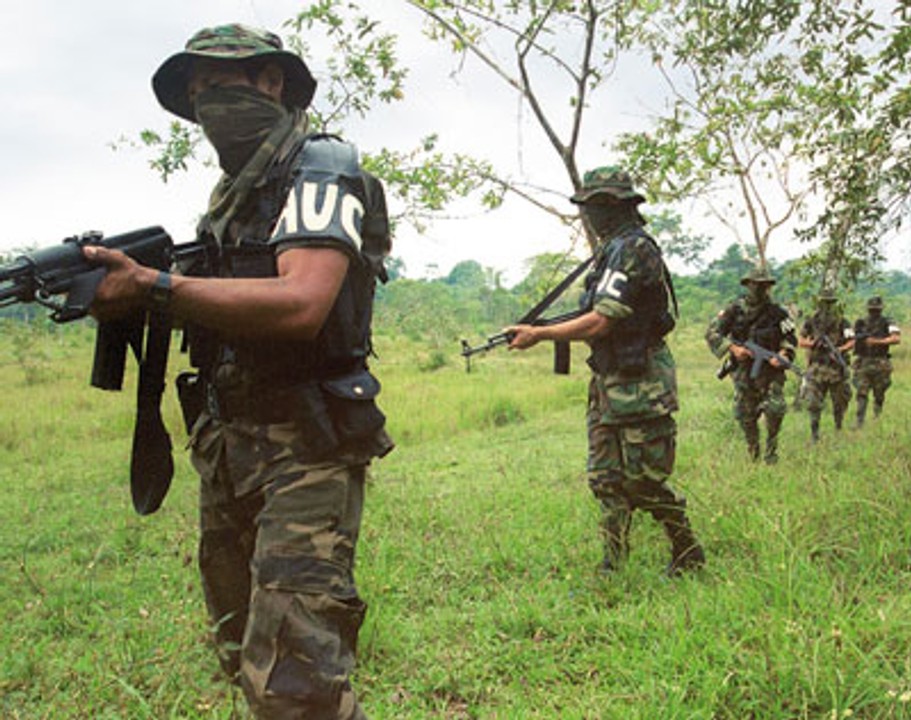 The threat of danger is palpable as you read Magdalena. Davis’ lyrical descriptions and the indolent colonial charms of riverside El Banco, Honda, and Santa Cruz de Mompox can’t hide the fact: The river stinks of death.

“Corpses were as common as driftwood,” writes Davis, referring to the tens of thousands of mutilated bodies–many of victims dismembered while still alive–that the paramilitaries threw into the river as a warning to ribereños (river people). “Most were headless, but you could sometimes identify the FARC guerrillas from their rubber boots.” In Bocas de Ceniza, a town at the mouth of the Magdalena, a man tells Davis that just the previous Sunday, he had “fished two bodies out of the river, a man and a woman wrapped together in a carpet.”

Francisco ‘Pacho’ Luis Mesa, a bus driver turned undertaker, claimed to have fished out 2,000 bodies from the Magdalena. “The horror, he added, was difficult to convey: corpses floating by with vultures aloft, their featherless heads buried in the rot, decomposing bodies falling apart when touched, skin slipping off, adhering to your skin, leaving a foul smell impossible to wash away,” writes Davis. “The Magdalena is Colombia’s biggest coffin,” Pacho told him. “The greatest cemetery in the country.”

Although the government and FARC, the largest insurgent group, signed a peace agreement in 2016, right-wing paramilitaries still prey on indigenous leaders, journalists, and courageous land reform, environmental, and human rights activists. Hundreds are murdered every year. Davis’ sad story of the assassination of Damaris Mejía, a “fiery social activist” from the river town of Puerto Triunfo, is particularly poignant.

“Land is at the root of all conflict in Colombia,” claims Davis, warming to a theme I know well. “If the poor had no money and the government no serious interest in meaningful land reform, the only option as Damaris saw it, was to invade the lands of the rich with peasant armies of squatters.” Such an act was suicidal. “That she stayed alive as long as she did… was a testament to the love and respect she commanded in the community.” Ramón Isaza, patriarch of the paramilitary militias, ordered her brutal death.

Isaza founded one of Colombia’s first self-defense groups among fellow farmers and ranchers in Medio Magdalena in the late 1970s to protect themselves from guerrilla kidnappings and extortion. By 1990s the militias had, like FARC, become deeply involved in the drug trade. Together, the conflict between these two forces was responsible for displacing 7 million Colombians from their homes. That’s the equivalent of 80 million Americans, given the comparative populations of the two countries!

In his Preface, Davis writes: “The great majority of Colombians have been innocent victims of a war fueled almost exclusively by the unprecedented profits of the drug trade… Without the black money, the struggle of the leftist guerrillas would have fizzled out decades ago, and the blood-soaked paramilitary forces might never have come into being.” (The only finger-pointing Davis performs in the book is at the cocaine consumer in the USA, ultimately responsible for this carnage and pain.)

And yet, he claims, “Colombia is most assuredly not a place of violence and drugs; it is a land of colores y cariños [colors and affection], where the people have endured and overcome years of conflict precisely because of their character, which is itself informed by an enduring spirit of place, a deep love of a land that is perhaps the most bountiful on earth, home to the greatest ecological and geographic diversity on the planet.” 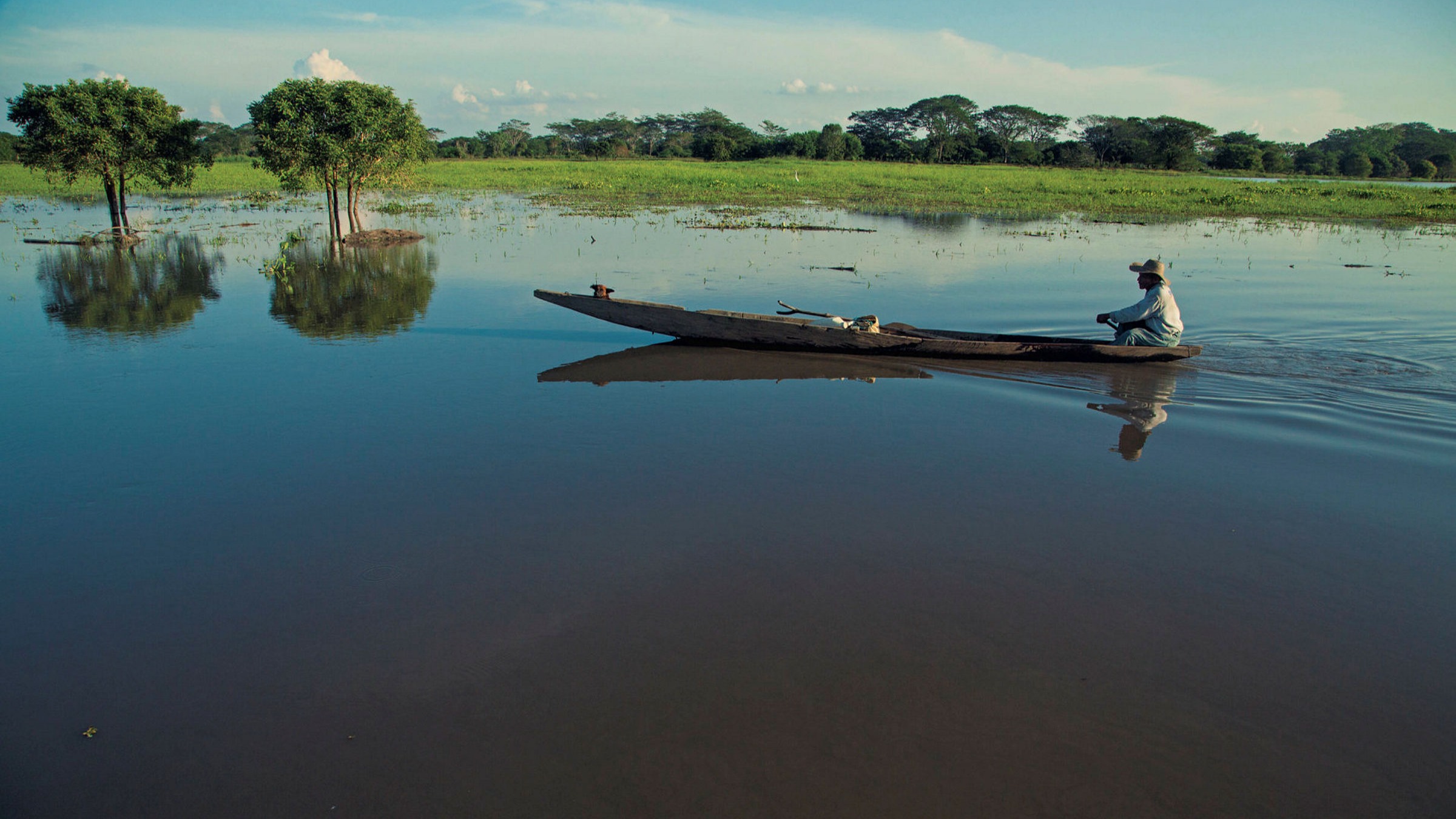 His message is positive. His intent, to inspire Colombia’s new generation by extolling the resilience and munificence of Mother Nature. “In dark times, [the Magdalena] has served as the graveyard of the nation, a slurry of the shapeless dead. And yet always, it returns as a river of life,” he writes.

Throughout his journey, Davis encounters Colombians of all walks of life who extoll the Magdalena in reverential terms and speak of the need to restore the river for the health of the country. To facilitate its healing.

In 2016, the Constitutional Court of Colombia granted the badly polluted Río Atrato River rights not dissimilar to those granted to human beings—“a living entity inextricably linked to the destiny of all those influenced or touched by its flow.”

Gabriel García Márquez believed the Magdalena was beyond redemption. Wade Davis is far more sanguine. “Through all the years of the worst of the violence, the Magdalena never abandoned the people. It always flowed. Perhaps, as this book suggests, it may finally be time to give back to the river, allowing the Magdalena to be cleaned of all that has soiled its waters.”