The yin to über-modern United Arab Emirate’s yang, the mysterious, exotic, and slow-paced sultanate of Oman is “old” Arabia, harking back to the days before the distorting lens of gaudy wealth turned much of the Arabian Peninsula into glitz and glamour.

Utterly photogenic, Oman has everything fabulous that the Arabian Peninsula has to offer: Traditional and affable Arab and Bedouin cultures… colorful carpet-filled souks teeming with frankincense and spices… glittering gold markets… old Arabic and Portuguese forts… and abundant natural beauty, from rugged mountains and verdant wadis to vast expanses of sand perfect for camel safaris.

The tour is being offered by Jim Cline Photo Tours, of San Diego, CA, and is timed for when Oman’s winter climate is at its most perfect. It is designed for everyone from amateur shutterbugs to professionals. 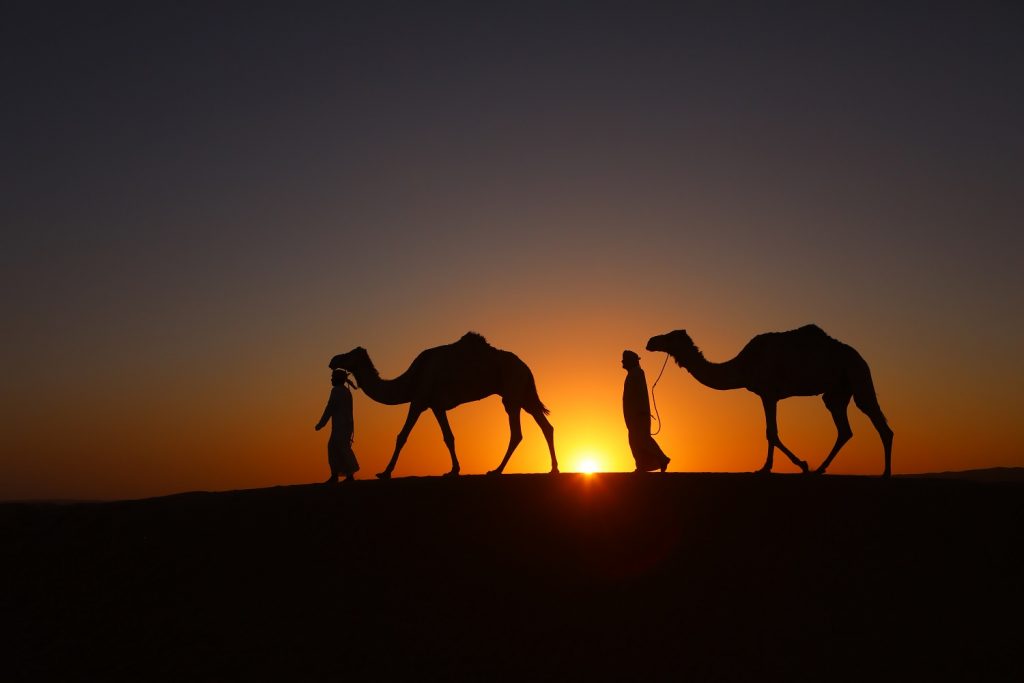 – Old Muscat, the atmospheric capital city, with its spectacular mosque and souk, and where every building must feature a dome or arabesque window.
– A traditional goat auction in Nizwah, and a camel market in Sinaw
– The Arabian gulf’s only remaining traditional dhow shipyard
– Photographing Bedu and their camels at dusk and dawn in the Sharqiya Sands–the eastern end of the world’s largest sand desert

The itinerary will also include a 3-day optional extension to Dubai, where we’ll be guided by one of the region’s top award-winning photographers, focusing on architecture and night photography.

Christopher has written and photographed about Oman and destinations worldwide for entities from the BBC and CNN to National Geographic and Playboy. He has led more than 100 tours, including photo tours to Colombia, Costa Rica, Cuba, and elsewhere for Jim Cline Photo Tours, National Geographic Expeditions, and Santa Fe Photo Workshops, including a sold-out photo tour of Oman for Jim Cline Photo Tours in February 2019.