There’s no more fitting motorcycle for riding this iconoclastic Caribbean island, which has a proud and fiercely loyal community of harlistas (aficionados and owners of antique Harley-Davidsons). 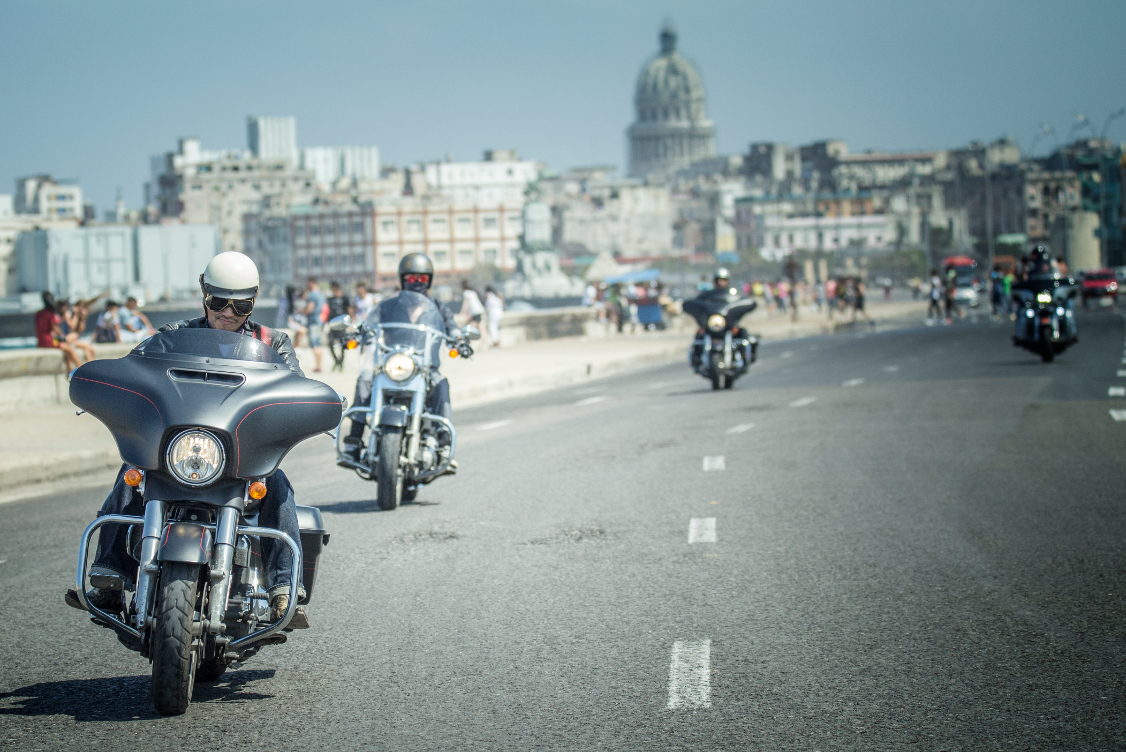 Harley-Davidson clubs, dealers, and enthusiasts are invited to offer their own group program, personally designed and led by Chris and Ernesto.

The trips will be offered under the U.S. “Support for the Cuban People” license category, which permits any U.S. citizen to travel freely to Cuba, pre-approved, at any time of their choosing. 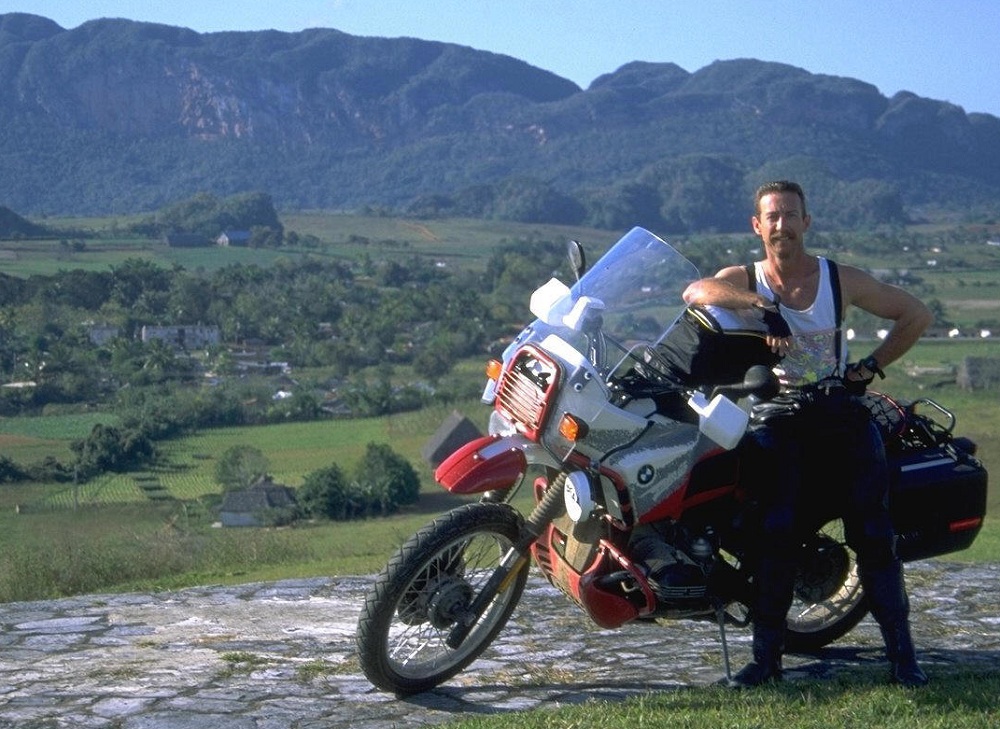 Chris has been acclaimed by National Geographic as “one of the world’s foremost authorities on Cuba travel and culture.” He has more than 20 years’ experience motorcycling and group tour leading in Cuba.

In 1996, as a professional journalist, he shipped his BMW R100GS to Cuba and rode more than 7,000 miles during three months while researching his Moon Cuba handbook (and also resulting in publication of his travel memoir, Mi Moto Fidel: Motorcycling Through Castro’s Cuba, published by National Geographic). In 2012, he arranged the first U.S. group motorcycles tours of Cuba since the Revolution, and has since led more than a dozen such tours using BMW and Harley-Davidson motorcycles on behalf of MotoDiscovery, Edelweiss Bike Travel, the BMW Rider Academy of Turkey, and Bob’s BMW of Maine. He has also led almost 100 group programs in Cuba for National Geographic Expeditions, as well as photography tours, medical missions, etc. on behalf of entities from the Children’s Cancer Foundation to Jim Cline Photo Tours.

The author of six travel books about Cuba, plus Harley-Davidson: Engines & Evolution, Chris has also written widely about Cuba’s own harlista community (owners of antique Harley-Davidsons). He is close friends with many harlistas, including Ernesto Guevara. See Chris’ feature article, “Cuba and the art of motorcycle maintenance.” 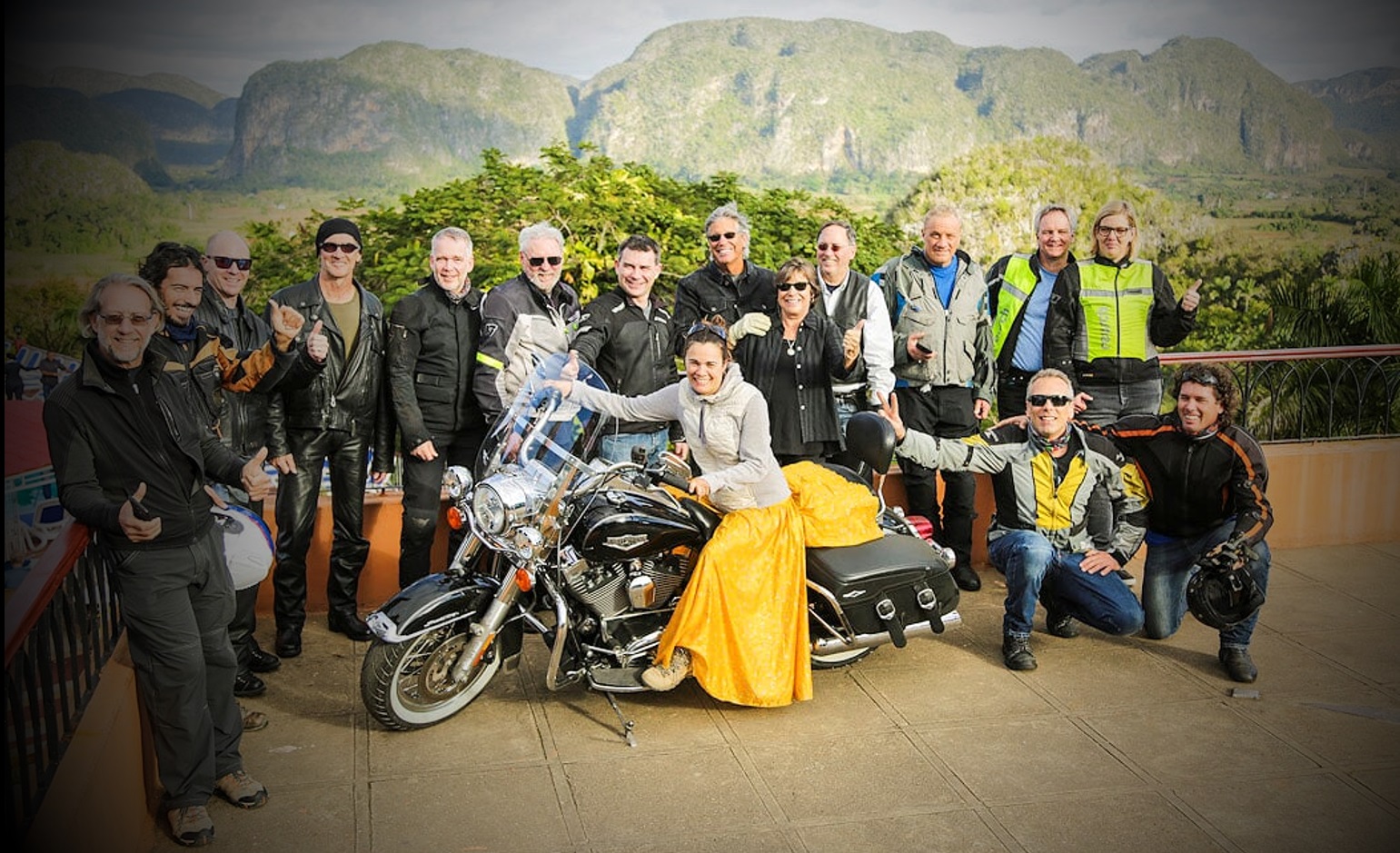 Ernest and his wife María Elena operate La Poderosa Tours, based in Havana. Founded in 2015, the company utilizes a variety of modern Harley-Davidsons (from Street Bobs to Electra-Glides) imported from South America.

Riding with Ernesto brings an extra panache and interest to any tour. His father, the revolutionary icon Ernesto “Che” Guevara, famously rode his Norton motorcycle around South America in 1956. Although Ernesto Jr. was only an infant when his father died, he inherited his love of motorcycles, and for mechanics in general. For many years, his personal ride was a 1948 Panhead! 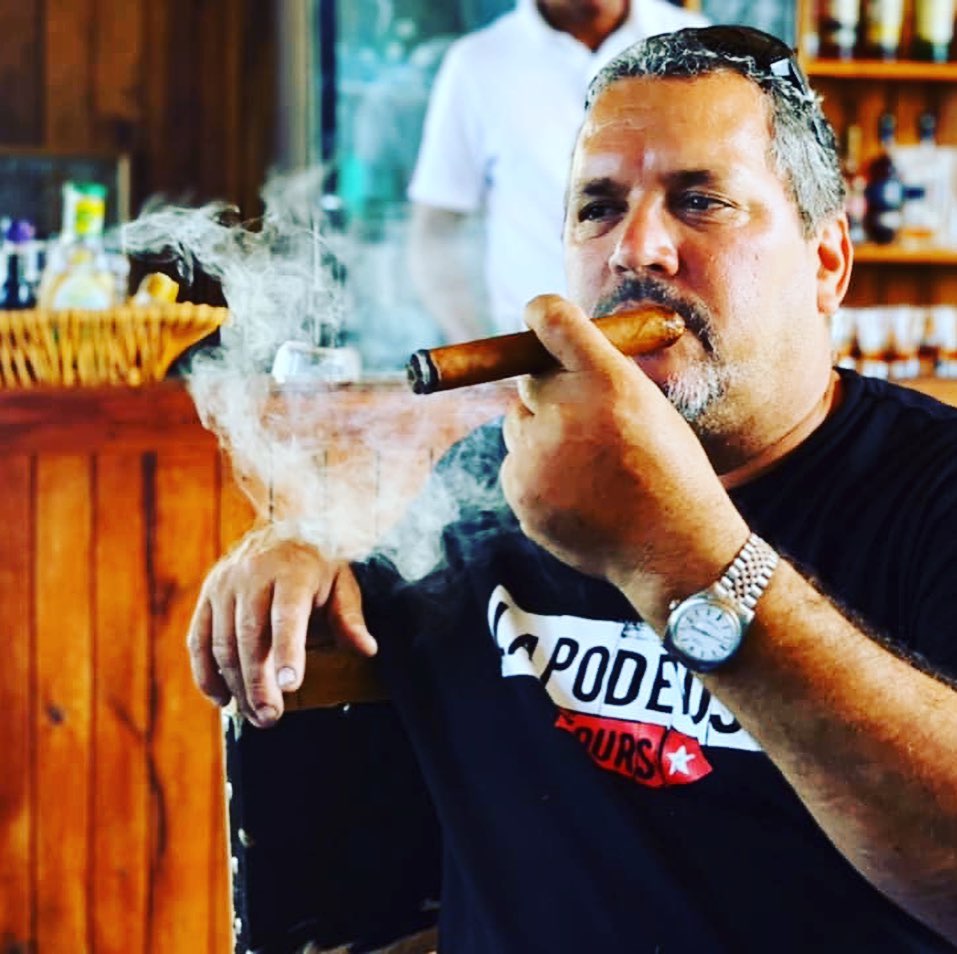 A true member of Cuba’s harlista community, he is down-to-earth, affable and fun-loving and, obviously, a trove of fascinating stories, including of his university studies in Moscow, and his time serving with the Cuban military in Angola during their independence war (he also helps run the Che Guevara Study Center, in Havana). Trained as a lawyer and now in his late ’50s, Ernesto has decades of experience riding his 1948 Harley-Davidson Panhead throughout Cuba, and leading foreign groups on his fleet of modern HD models.

If Ernesto is unable to accompany Chris as your co-leader, you’ll be accompanied by another experienced Cuban road guide and harlista, such as Chris’ friends Luisito or Camilo 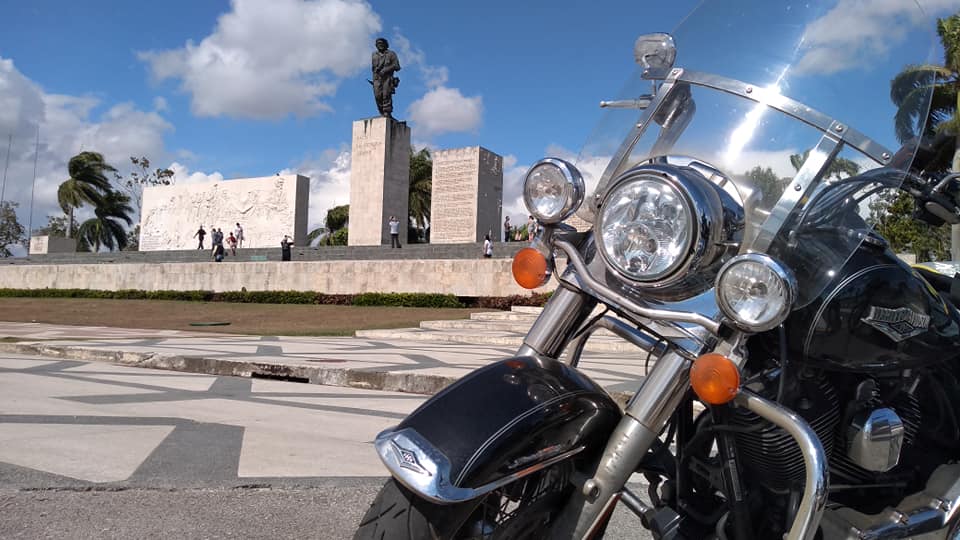 Chris will design your custom itinerary to take in the Bay of Pigs, the colonial-era UNESCO World Heritage City of Trinidad, the Sierra Escambray Mountains and Caribbean shoreline, plus the beautiful city of Santa Clara, where in December 1959, Ernesto’s father led the seminal battle that finally toppled the brutal dictator Fulgencio Batista.

You’ll stay in excellent private B&Bs (casas particulares), eat at the best private restaurants (paladares), and enjoy Cuba’s renowned cigars and—following your ride at the end of the day—superb rums! And no group tour to Cuba would be complete without a ride to dinner at sunset in convertible classic American cars. 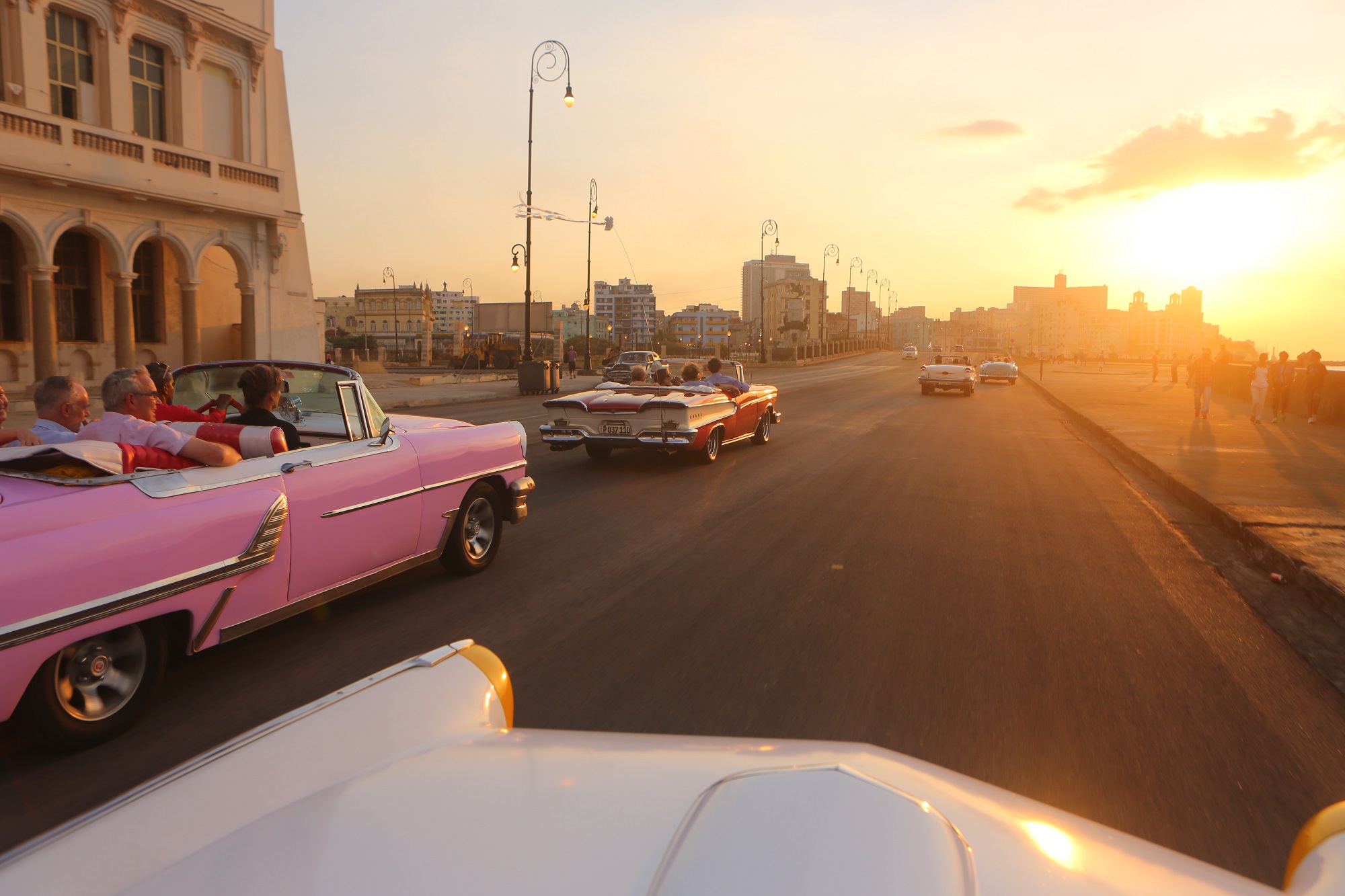 Plus, you’ll get to meet and interact with Cuba’s harlistas… a chance and share your common fanatical passion for Harley-Davidsons and to marvel at how they’ve managed to keep their old “hogs” running through decades of hardship and U.S. embargo. 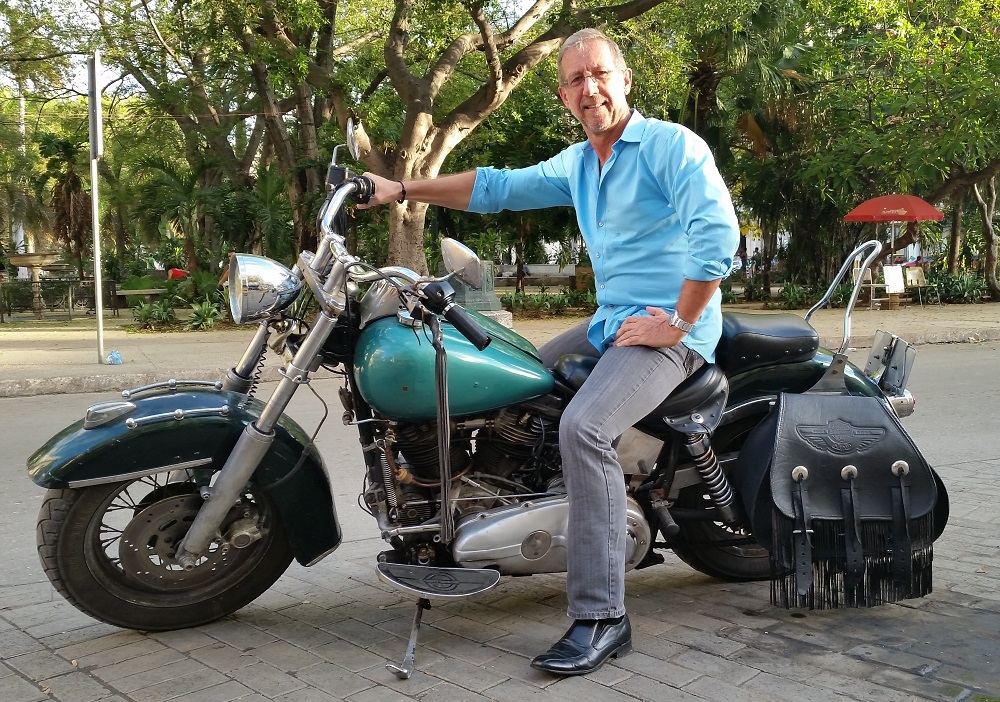